The Goddess' are organizing a Virtual Release Day Book Blast Tour for THE BLUE EFFECT, a Renegade Heroes Novel by Rose Shababy.

****GIVEAWAY ALERT****
Rose will be awarding a $25 Amazon gift card to a randomly drawn winner via rafflecopter during the tour.
*******

THE BLUE EFFECT
by  Rose Shababy 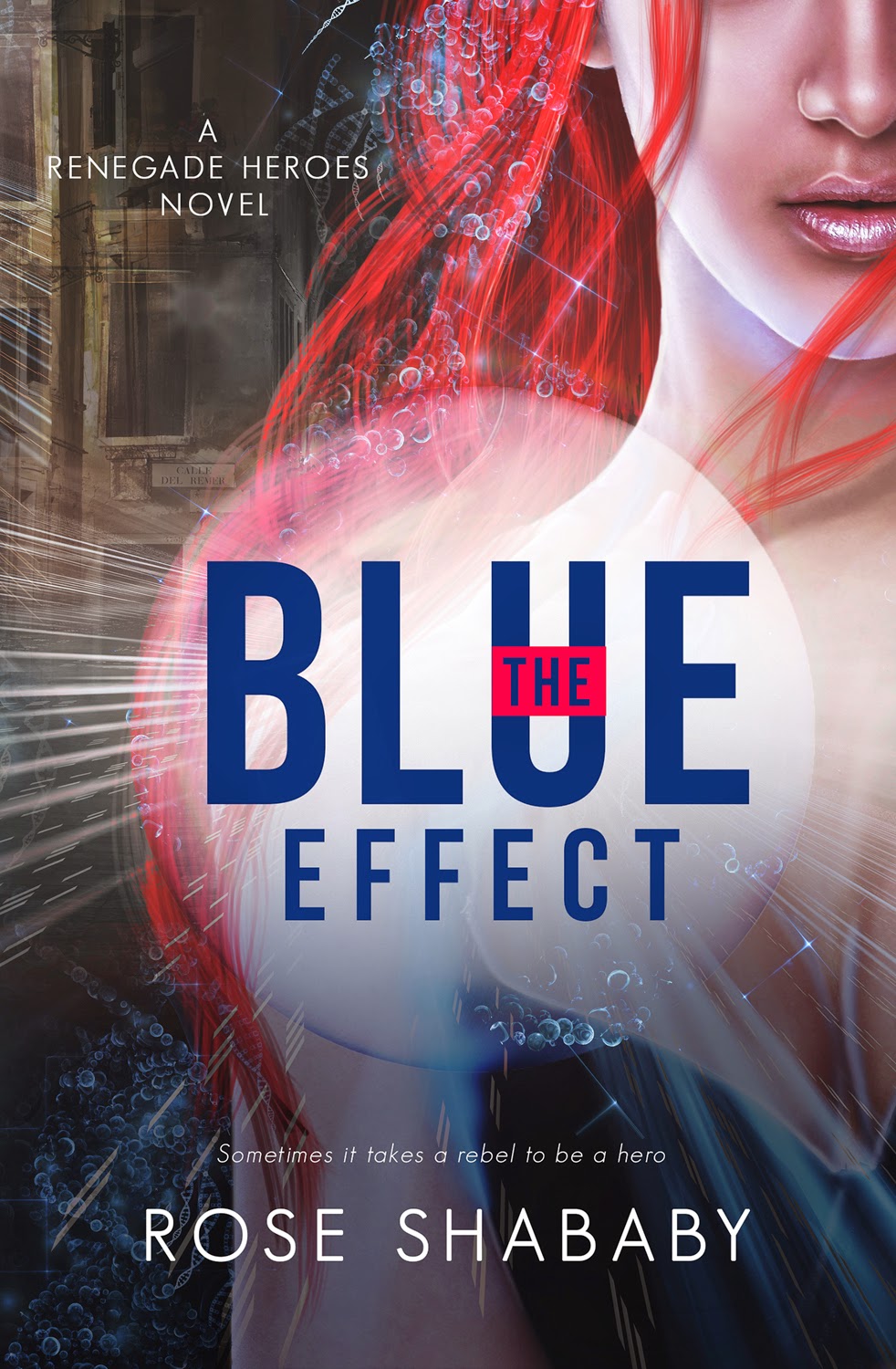 Blue Brennan is jaded and bitter despite her pinup girl looks and quick wit. Night after night, she scours the Seattle club scene looking for someone or something to fill the emptiness inside.

When she meets the mysterious Kasey, her world stops… literally. He claims she has the ability to control time and stuns her even further when he reveals his own gifts.

Blue is inexplicably drawn to Kasey and reluctantly enters his world filled with a new breed of humanity. They’re misfits like her, blessed or cursed with powerful abilities, struggling to hide their differences from the rest of society.

Then the group discovers a nameless, faceless sociopath with nightmarish powers; and he’s coming for Blue. She’s left reeling when they discover her gifts are the key to defeating his terrible evil and saving them all.

Now she must race against the clock to harness her own powers and save her new friends. Can she be more than a renegade? Can she be a hero too?

He held out his free hand and I reached for it without thinking. Taking the hand of this stranger seemed like the most natural thing in the world.

Our fingers touched and my skin came alive. I felt a surge of electricity as some sort of energy shot from his hand into mine, running through my whole body and back to his like an endless circuit. I couldn’t stifle the gasp that broke through my lips. I stared at him, my vision narrowing until his face and eyes and smile were the only things I could see.

The energy between us exploded outward like a wave into the crowd, through the people and everything around me stopped. The music ended like a switch had been flipped, the people froze mid-step and even the air around me seemed to stop moving. 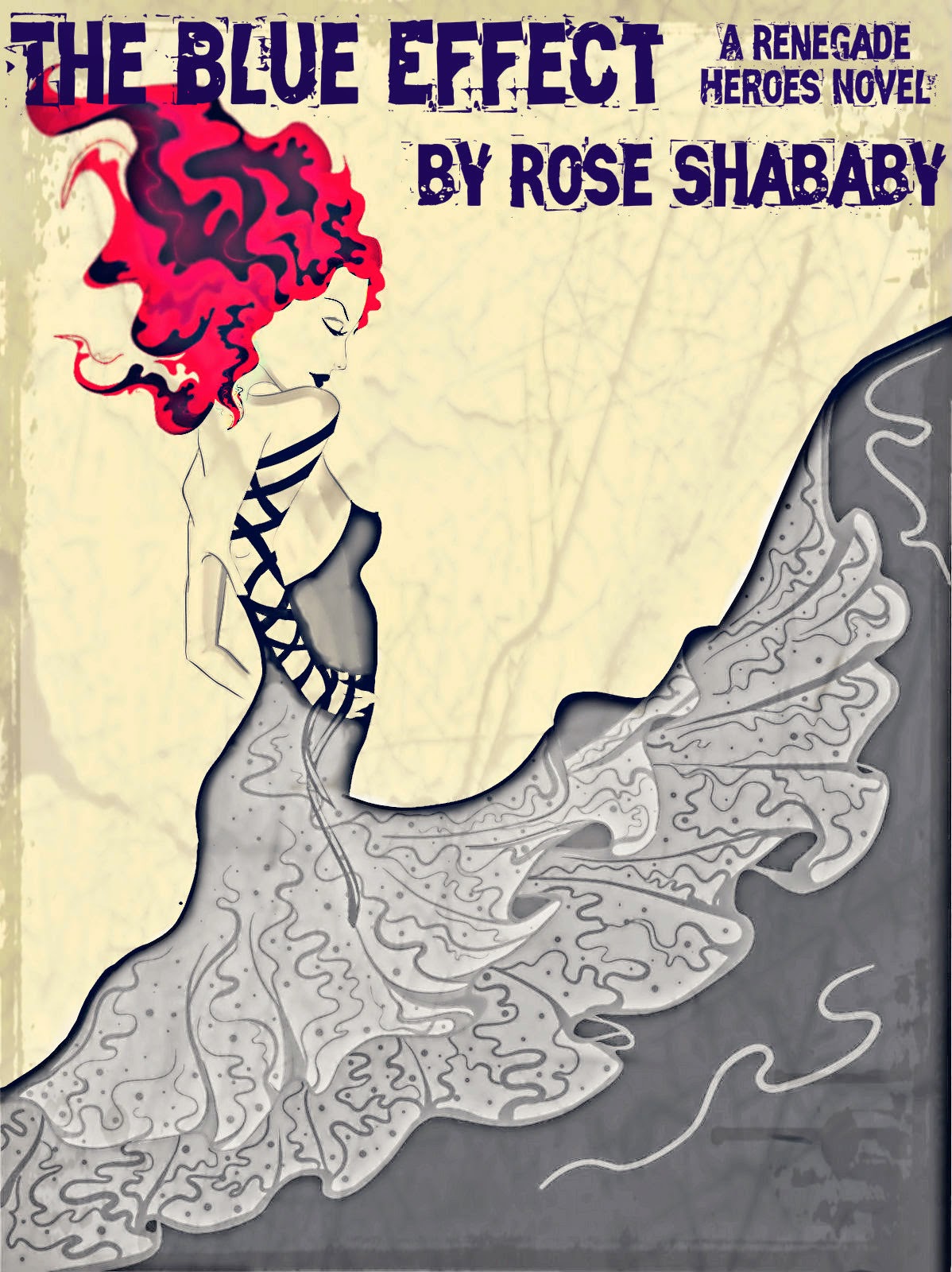 Rose Shababy and her family reside in eastern Washington State. Rose grew up in the Northwest but swears she’s going to move to warmer climates someday. She’s claimed this for over 20 years, however, and has yet to move more than 75 miles away from her mother.

Rose has a deep love of all things Star Trek and yearns to travel the heavens, as well as an intense desire to be bitten by a radioactive spider. Unfortunately she sucks at science and math so she hasn’t been able bring her dreams to life, instead living vicariously through books, comics, television and film. She hopes to someday make a million dollars so she can afford to buy her way to the international space station, but she’d settle for being able to fly around the world and leap tall buildings in a single bound.

Rose also loves to cook and worked for years in a gourmet Italian grocery and deli where she learned to hone her skills. She prepares culinary masterpieces for her family, but fervently wishes the dishes would wash themselves. Especially now that her dishwashers/children are nearly grown and only one still lives at home.

Rose likes to use her free time wisely. For instance, she likes to daydream, will often read for hours until she falls asleep on the couch with an electric blanket and a warm tabby cat curled up on her hip, as well as spending cozy weekend days watching Syfy movies like Sharknado and Mega Piranha with her husband.

If Rose were a cartoon animal, she’d prefer to be a wise old owl or a sleek and sexy jaguar, but in reality she’d probably be a myopic mole with coke-bottle glasses.

WHERE CAN YOU FIND ROSE??? 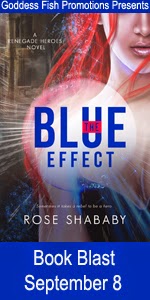 Thanks for sharing THE BLUE EFFECTwith us on this special day, Rose. Good luck!
Cheers,