I'd like to welcome Totally Bound Author Jorja Lovett to my blog today.
She will be introducing her newest release, The Wolf on the Run. Book 2 in The Wild Irish Wolves Series.


Take it away Jorja!


Thanks for having me today to share my new release, The Wolf on the Run, book two in my series, The Wild Irish Wolves.


From the first moment Rory walked onto the page in The Wolf on the Hill, I knew he had to have his own story and he would become the focus of the series. Not only is he the strong, handsome policeman serving the local community, but he's also the Alpha of the Olcan Hills pack. There was so much to discover about him and the qualities he had beyond his babysitting capabilities that make him a leader. 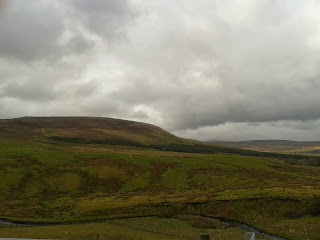 As always, the research for these books is fun. Along with the 'inspirational' pictures I like to collect for my characters, which you can find on Pinterest, I get to go on my road trips. A visit over the border into Southern Ireland always provides the perfect hunting ground for my wolf shifters, and my muse. With book three already at the planning stage, I think the Olcan Hills pack will be around for a little while longer…

The Wolf on the Run
by Jorja Lovett


Short Blurb:
Alpha Rory is determined to protect his pack, including feisty Naomi. How can he get close when she's intent on facing her demons alone? 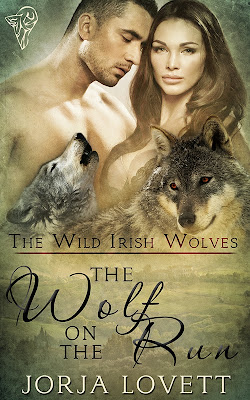 Long Blurb:
As a police officer and Alpha of the Olcan Hills' pack, being a protector is in Rory Blake's DNA.


When Naomi Duffy turned up heavily pregnant and alone, Rory's natural instinct was to look after her. However, her fierce need for independence over the years has ensured they've never been anything more than friends.


Naomi has spent too long trying to keep her daughter safe to jeopardise everything for a fling. But, when her past threatens to catch up with her, Rory is the only person she trusts with her life.
Thrown together, the couple finally succumb to their passion and it's all too easy to forget the danger lurking in the hills.

Do Rory and Naomi have a future together, or will secrets from the past tear them apart?


Naomi came after Rory, pitting her stealthy grace against his sheer power. In his peripheral vision, he could see the wisps of her breath spiralling into the cold air as she forged ahead, determined to catch him. Rory snorted, sending his own white breath curling up into the atmosphere.
He led her over the hills, their claws making short work of carving up the cold, hard terrain. Naomi never lost ground. Even when he made a turn towards the woods on the boundary, she kept pace.
The chase awakened something deep inside him—that animal freedom with no responsibilities except the survival of himself and his pack. The spiky silhouettes of barren trees lined his path, like broad strokes of a black marker pen scratched against the silver sky.
He dodged in and out, never slowing, with Naomi always in pursuit. Occasionally, a pair of woodland eyes blinked at him from the darkness—a rabbit, a fox, observing their bizarre courtship.
Rory had no doubt the exhilaration of their illicit run would end in wild sex between him and Naomi. It was like a very enthusiastic bout of foreplay without actual touching.
They crunched through the leaf-littered forest floor until he tired of being the hunted. He looped back the way they came and stopped in a clearing. In all aspects of life he preferred to be the one doing the chasing, but at this moment in time he wanted nothing more than to be caught.
He shifted back into his naked, horny self. Naomi came to a skidding halt seconds later, scooting a bundle of leaves over his bare feet. “You can run, wolf lady, I'll give you that. Now can we go back to bed?”
She shifted back to stand beautifully naked before him. “Not until you say it.”
“Say what?” He was hard as hell and ready for round two.
“That I’m as good as you.” She gave him a flirty smile. One which said she was looking forward to the future rather than staring back at the past. The run had obviously done wonders for her too.
“That was probably a fluke. I don’t think you could keep up with me on a normal day. You know, one where you haven’t seduced me on top of a car boot and made me carry you home first.” The play fighting wasn’t limited to their animal personas. Not when it proved such a turn on. Human or wolf, the scent of Naomi’s arousal would always draw him to her.
“I didn’t hear you complaining at the time. But, if you’re tired, just say and we’ll call it a night.” She shrugged her shoulders, making her boobs jiggle enough to bring his erection to full strength once more.
He stepped forward and brushed her wild hair from her face. “I’ll never be too tired for you, Naomi. I’ll race you back. This time the winner stays on top.”
She grinned, eyes twinkling as bright as the stars. “You’re on.”
This was one race he intended to lose.


Jorja Lovett is a British author with both Irish and Scottish roots, which makes for a very dry sense of humour. Writing since she was old enough to wield a pen, it wasn't until she joined her crit group, UCW, that she pursued her passion seriously.


Now, with Joe Manganiello as her permanent muse, if she can leave the pause button on her Magic Mike dvd long enough, she hopes to spend the rest of her days writing steamy romances.


Author Links:
Facebook
Twitter
Blog
Website
That was a great excerpt! I'm now going to wonder who won the race and what naughty deeds the loser will have to suffer through. *wink wink*
Thank you so much for coming by today Jorja and sharing The Wolf on the Run with us.
Cheers,
Nancy
Posted by Nancy Adams at 22:37:00