The gals over at Goddess Fish Promotions are organizing a Virtual Blurb Blitz Tour for GABE Kincaid a Western Historical Romance by Caroline Clemmons.

Take a gander at this little gem!

****GIVEAWAY ALERT****
Caroline will be awarding a $25 Amazon gift card to a randomly drawn winner via rafflecopter during the tour.
******* 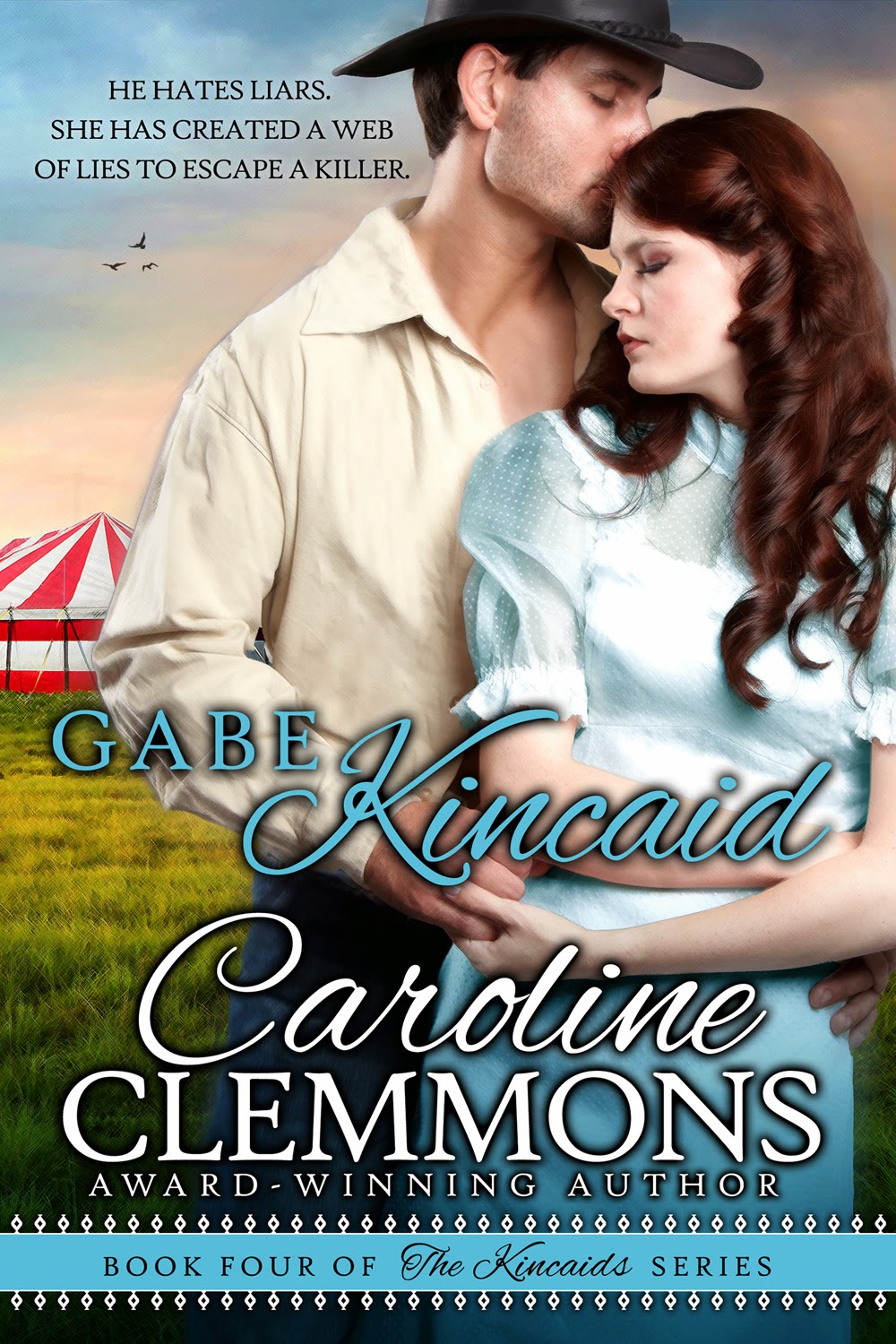 Gabe Kincaid has reasons to hate lies and those who tell them. He moved from Austin to Kincaid Springs and joined his great uncle’s law firm. Gabe believes he’s happy and pushes aside those moments of loneliness, of wishing for more. He strongly believes in the law, in justice, and obeying rules. Doing what’s right is fulfilling, isn’t it? Then why is he so fascinated with a circus fortuneteller who spins tales faster
than a cowboy whirls his lariat?

Katie Worthington poses as Dorothy Duncan in a small-time circus. If she isn’t behind the scenes mending costumes or in the circus kitchen, she’s disguised as the fortuneteller, Maharani Shimza, Mystic of the East. Even so, she worries about being killed by the men pursuing her. She fears a brawl at her fortune telling tent that sends her into the Kincaid’s protective custody will end with her exposure and death. Then, a death at the circus implicates her. How can she escape when that attorney pops up every time she turns around?

Will Gabe and Katie let the sparks between them ignite into a passionate romance or will her secrets destroy their chance at a happily ever after?

Ben [The sheriff] stepped between her and the men. “All right, you’ll all have to come with me. We’ll straighten this out at the jail.”

“Jail?” She stamped her foot. “You should throw them in jail and lose the key. Sheriff, I did nothing wrong. I defended myself and there’s no reason I should have to lose hours of income.”

Outcries from the locals about crooked circus workers worried Gabe. Circus folks jeered back with their own accusations.

Ben held up his hands. “Anyone else who says anything will come to jail, got that?” He gazed around the now silent
crowd. “I want the young woman, the three men who allegedly accosted her, and the strongman to come with me.”

“Allegedly?” Her green eyes sparkled with the fire her voice conveyed. “Oh, no, there is no allegedly, sheriff. These three attacked me and Atlas defended me. There is no reason he or I should be taken to jail.”

“She’s right, sir,” the strongman called Atlas spoke. “Good thing I was nearby.” He smiled at her. “Although, she was defending herself pretty well when my friends and I answered her yell.”

Atlas’ smile disappeared and his eyes hooded as he flexed his considerable bicep muscles. “You can see I’m able to defend myself and my friend Shimza here.”

“Winfield, take statements from these onlookers. Mitchum,
you help me escort these people to jail.” He waved off Monk. “Magonagle, you go on and enjoy yourself.” His glance caught Gabe. “Kincaid, you help out here.”

Danged if he would. “Ben, I just got inside the gate. I haven’t had a day off in months.”

Ben snapped handcuffs on the three young men. “You can have one tomorrow. Right now, I need your help and you’re an officer of the court. Fall in line.” 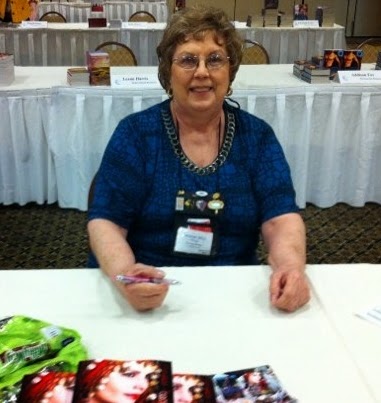 Caroline Clemmons is an Amazon bestselling author of historical and contemporary western romances whose books have garnered numerous awards.
Her latest release is GABE KINCAID, book four of her popular Kincaid series. A frequent speaker at conferences and seminars, she has taught workshops on characterization, point of view, and layering a novel.

Caroline and her husband live in the heart of Texas cowboy country with their menagerie of rescued pets. Prior to writing full time, her jobs included stay-at-home mom (her favorite), secretary, newspaper reporter and featured columnist,
assistant to the managing editor of a psychology journal, bookkeeper for the local tax assessor and—for a short and fun time—an  antique dealer. When she’s not indulging her passion for writing, Caroline enjoys reading, travel, antiquing, genealogy, painting, and getting together with family and friends.

Where can you find Caroline??? 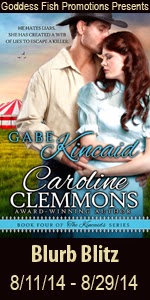 Thanks for stopping by today Caroline and the best of luck with GABE Kincaid.