Time for another Historical Romance. Okay...seriously, when ISN'T there a time for a historical romance! lol

My guest today is Amber Lin and she has brought along her newest Harlequin release...
BETRAYING Mercy.

Amber will be awarding a $10 Amazon gift card to a randomly drawn winner via rafflecopter during the tour. 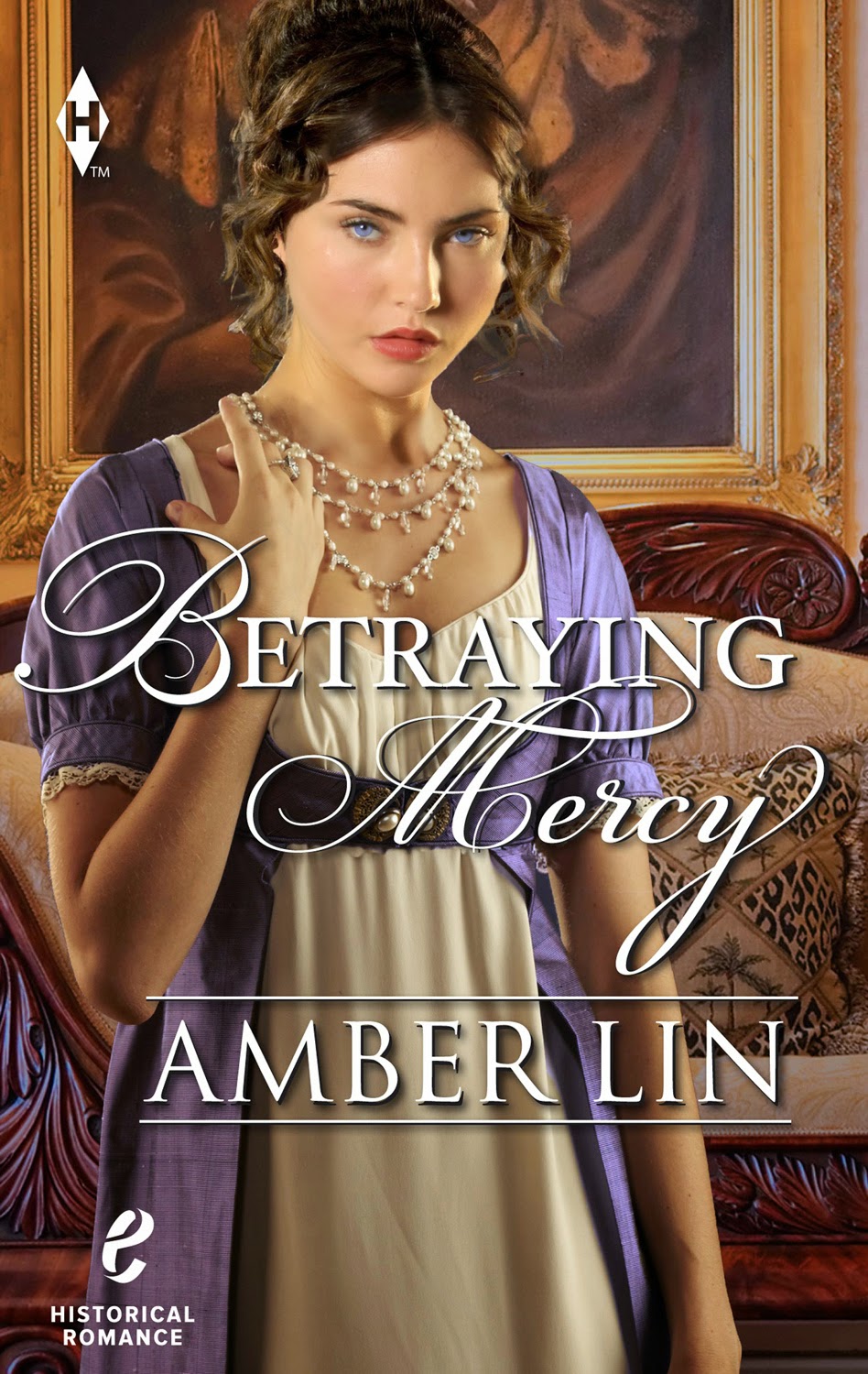 Can she be more than a mistress?

With a tarnished reputation, Mercy Lyndhurst expected to become the Earl of Rochford's mistress, not his wife. Immediately abandoned by her husband after their wedding, Mercy transformed herself from commoner to countess, vowing to protect the lands and people her husband was forced to leave.

Over the past six years, William has restored the family fortune all the while tortured by his memories of Mercy…and the dark night he killed a man. When a threat draws him home, William learns just how much has changed—including his wife. While the passion still flares between them, he fears he has wounded her too badly to regain her trust. But as the danger grows they must unite to save the estate…and possibly their marriage.


Unlike the night six years ago, Gerald opened the door. The old butler looked shockingly unchanged, as dignified and austere as ever, but William had seen the brief flash of surprise in his eyes, and joy.

Here was his childhood nemesis and his old best friend. William blinked, caught in the memories, but this was real. Not everything changed; not everyone had died. He hadn’t left a wife to fend for herself in a strange household.

William ducked his head, humbled by the rare show of discomposure. If William had been born of a different class, he could have embraced the man who raised him. “Hello, Gerald.”

An odd light in his eyes, Gerald examined William from scruffy head to scuffed boots. He lifted an eyebrow. “We weren’t expecting you, sir.”

Just like that, William was both chastised and absolved for the years of his absence. “Wrote me off for dead, I’m sure.”

“You’re too strong for that, my lord.”

William sucked in a breath, thinking of his family. They hadn’t been strong, they’d been fragile. He’d failed his entire family, and Mercy worst of all. “Where is the countess?”

“In the breakfast room, but—”

Gerald raised his eyebrow, surprised. “No, my lord. She’s…different.”

Different, that was some explanation. And grave danger another. No one wanted to tell him what the hell was going on, so he’d have to see for himself. He probably looked like a wild animal right now, disheveled from travel and feral in his tiredness. He ought to make himself presentable, if he still remembered how, but he had to see that she was safe.

And maybe also how she was different.

His boot struck a discordant note on the floorboard as he entered the breakfast room. He stopped and stared at the picture of domestic elegance, as colorful as a painting and as foreign as a fairy tale.

The words caught in his throat. What’s wrong? Are you hurt? And then, when he had at least ascertained visually her relative safety, Did you think of me every night, as well?

Mercy, the Countess of Rochford, his wife, took a sip of coffee, her gaze glued to the book she held. Her black tresses coiled upward into an elaborate coiffure. A pale gold dress clasped her slim form and a collar of cream pearls graced her neck.

On her finger, the emerald ring he’d given her on that night sparkled innocently. His grandfather had given it to him. A strange gift to a young boy, but he’d hoarded it all the years since his death. Until that night. His one piece of wealth in the world, and he’d given it to her.

She looked every inch the lady. Well, she was one. A countess after all, but in every memory, every fantasy, he had seen the young waif. He had imagined her roaming the shadowed halls, like a ghost, but the woman in front of him was so very physical. Flesh he wanted to touch and blood he longed to heat. Desires so long repressed bubbled to the surface. Her beauty made him harden, but her elegance made his heart hurt.

“Don’t sulk, Owen,” she said, her eyes still on her book. “If you have something to say, then spit it—” When she looked up, her mouth froze in a pink little O that made his body come awake.

She looked at him, then at his clothes. His dingy garb suited a vagrant more than the captain of a ship, much less an earl. Her gaze returned to his face, lingering on the scar across his cheek, a souvenir from his first year at sea.

Well, let her look. She had grown into a beauty, whereas he had always been a monster. Now he looked the part. Would she condemn him right away? Would she tell him to leave? She should—no one knew better than her what he was capable of, and already he was undone.

Her mouth snapped shut and tightened. Anger? Fear? He wasn’t sure he could bear the last, but he wouldn’t have to, because her eyes were cool, like the ocean blackened by night. She wasn’t scared; that was him.

She inclined her head. “My lord.”

Had she fallen into hysterics, he would have known what to do. He could have tried to comfort her or order her to stop. That was all he had seen of marriage, but civility was nowhere inside him.

Yet he found himself straightening and offering a slight bow, the strings of his upbringing propping him into place. “My lady.”

To stay up to date with upcoming releases, sign up for her newsletter: http://authoramberlin.com/newsletter 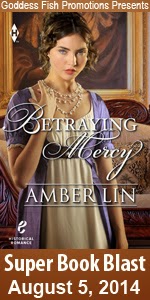 Thanks for stopping by today Amber, and the best of luck with
BETRAYING Mercy.