Author Maggie Thom, is my guest today. She is going to share her favourite aspects about being an author, PLUS introduce us to her newest release, Deceitful Truths. A Suspense/Thriller and book 2 in her Caspian Wine Series. 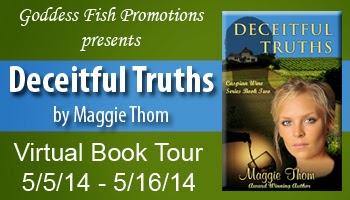 What's your favorite aspect about being an Author?

There are so many cool things about being an author. I write because I love it and to save my sanity - I have to do something with the thousand or so ideas and characters that live in my head. J But I'm an author (meaning published) because I wanted to share my stories with others. I wanted to see my stories from other people's perspective - where did it take them, what did they like or didn't like, who was their favorite character... it just opens up a whole new level of inspiration for me.

Here are some of the best things about being an author:

1. The commute is short - the only thing keeping me from getting to work is being sick.

2. I get to free those poor characters from my mind

3. I get to interact with people about the stories, the characters, the settings I've created.

6. The thrill from finding the nerve to take the leap and put my stuff out there.

7. There's a new confidence in my writing.

8. New hurdles to be overcome i.e. new fears with each book that comes out.

9. The adventure I can create without ever leaving home.

10. I can openly cry, swear, get angry, laugh maliciously and no one is there to cart me off to the loony bin.

It has absolutely been the best adventure and journey. There are a lot of ups and downs but I choose to focus on the ups and learn from the downs. I honestly feel truly blessed to be able to write stories and I am truly grateful for all of the connections I've made and for all of the readers who have read my books. Thank you.

He created a legacy that no one could imagine... 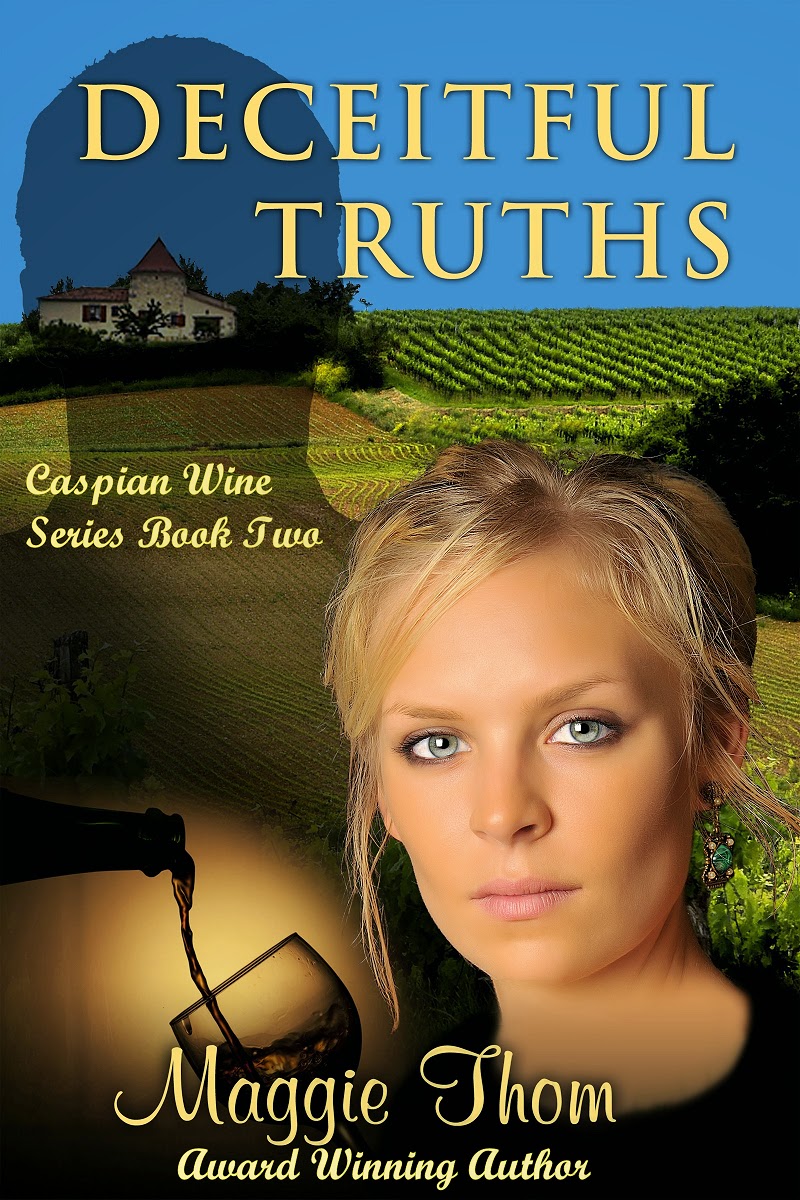 Tarin has lost a week of her life. She doesn't know what happened but not long after she returns to work she is suspended from her job. Confused and pregnant, she quits and agrees to marry Stephen, only to be thrown into a whole new nightmare. Desperate, she grabs her son and moves across the country to get away from her abusive husband and to avoid her unforgiving father. Thrilled at getting the job at Knights Associates, where she'll help them solve cyber crimes but also be able to use their connections and resources to find her own answers. Who stole a week of her life? And will they return to steal the secret she is now protecting?

Graham and his partner Guy, can't keep up with the demand. They are being flooded with requests at Knights Associates, where they offer a combined service of private investigator and that of solving cyber crimes. It appears that someone wants to get their attention as not only have they been hacked but Guy's family business, Caspian Winery, seems to be under attack as well. Hiring an assistant seems to be the answer but when Graham discovers she's been accessing their high-security accounts, he realizes the cause of their predicament might be closer then he thought. Is there new assistant behind the problems they're having? If she's so innocent why does someone want to abduct her?

Tarin and Graham discover that although they don't trust each other, they are forced to work together to solve several seemingly unrelated crimes that may lead to one disastrous conclusion. Can they figure it all out before Tarin's nightmare plays out? An eighty year old woman pays with her life? Or before Tarin learns a truth that may seal her fate and be the one secret that will keep her and Graham apart as neither one of them may be able to forgive or forget...

"Maggie Thom’s talent for mixing mystery, intrigue and romance becomes a masterpiece begging to be read."
Dii at Tome Tender

She opened her eyes. Or at least she thought she had. That was her intention. But everything was black. Maybe it was still dark out. She tried again, this time there was a fuzzy blur... a shadow... a stray bit of light... and a voice. But as quick as it all came, it left.

Sometime later she became aware of sounds and sensations. Everything was still dark. She had no sense of who she was or where she was. There was a feeling of being but not of knowing anything else. It was just blank. Something brushed over her body, it was light, delicate really. She recoiled inside, pulling back, trying to shrink more into the deep, dark hole that seemed to be her companion. Fear wrapped her in its cloak, like a living, breathing monster, capturing her in a net she felt unable to get out of.

A very distant part of her brain screamed at her, to get the hell away... to move... to do something... but it was so far away, so faint. She could feel the desperation but could barely grasp what it was telling her to do... or why. She tried to wade through the enveloping darkness to reach it. But she couldn't move. She was trapped in a tiny black cave with nowhere to go... nowhere to hide... with nothing to see. The panic which had been so remote a moment ago was suddenly all there was. The harder she fought it, the more she fell down the dark well. She had no sensation of self, no meaning of who she was. There was heaviness but she didn't know anything beyond the little gloomy hole that she seemed to inhabit.

She made a sound. Or at least she thought it came from her but when she couldn't repeat it, she wasn't sure. Something moved, maybe even touched her. She couldn't be certain. There was a tiny sense of pain but then it receded, taking the anxiousness with it... then there was nothing.

Sounds filtered into her little world.

She wanted to call out but remembered that the last time she'd made a sound or tried to, everything had disappeared. She kept quiet. She waited. Slowly more things started to come to her. 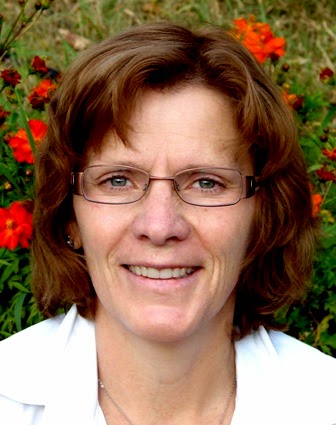 Award winning author, Maggie Thom, took the challenge and leapt off, leaving a fulltime, twenty year career in management, to write full time. After publishing her first suspense/thriller book Captured Lies, October 2012, she published her second novel, Tainted Waters, April, 2013. Tainted Waters went on to win 2013 Suspense and Thriller Book of the Year through Turning the Pages Magazine. She is excited to publish her third novel, Deceitful Truths, March 2014.

An avid reader and writer her whole life, she decided to break the monotony of wishing to be an author by making it happen. She is an avid nature lover and likes nothing better than to take a book, hike to a remote spot by a river or waterfalls and read. Married to her best friend, she is learning that humor, love and patience help her navigate her way through her twins’ teen years. Her motto: Escape to read and Read to escape.
"Maggie Thom writes a fast paced thriller laced with romance that keeps the reader interested and on edge!" InDtale Magazine

Where can you find Maggie? 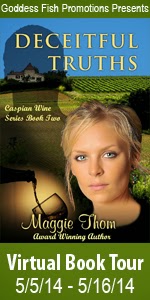 Thanks for stopping by today Maggie and the best of luck with DECEITFUL TRUTHS.