****GIVEAWAY ALERT****
Sabrina will be awarding a REGENCY BRIGAND PACKAGE: An ecopy of Folly, Dark Fancy and Dark Duke and a sparkling tiara (US ONLY) to a randomly drawn commenter during the tour.
******** Kidnapped and held prisoner by menacing Scottish brigand, the notorious McCloud, Violet Wyeth does her best to persevere…and resist his rakish charms. But when she realizes The McCloud is really Ewan St. Andrews, the boy who once saved her life, the boy who once kissed her and made her heart flutter, she is lost.

Ewan has every intention of marrying Lady Kaitlin MacAllister. He desperately needs the entrée into the ton this bride can provide. But when his bride is delivered—bound and gagged—it’s not Kaitlin. It’s Violet Wyeth—the girl who betrayed him and ruined his life when he was a boy. He keeps her, determined to punish her for her sins. But when he discovers the truth about what really happened so long ago, and seething passion rises between them, he can no longer hold on to his rusty grudge. By the time he realizes how much he loves Violet—that he always has—he’s lost her.

All he can do is follow her. Follow her into the bowels of hell—and partake in the torment of the glittering London Season, where the harpies are far more dangerous than a Scottish brigand.

Violet stared at the hulk of a man lounging in the chair by the fire. Her heart skittered in her throat. He was so…ominous. So angry.

“How did I find you? It hardly signifies.” He stood, tall and menacing, and approached the bed. “I did. I always will.” He glared down at her. “Do you have any idea how dangerous these woods can be?”

She tipped up her chin. “I can take care of myself.”

He snorted. “The hell you can. Goddamn it, Violet. You could have been injured. Or raped. Or worse.” His eyes took on an unholy glow.

“The risk was worth it. Better than being held captive, being used by you.”

His lip curled at her choice of words. “Used?”

“As a means to an end,” she spat. Then she hunkered back, because he leaned toward her, nostrils flared, ferocity flowing from him in waves.

“I don’t know.” She flinched as he seized her shoulders in a crushing grip. Shook her. Just a tiny bit.

She put out a lip. “I did not.” A complete and utter falsehood, but she let it slip out because she was still tender, still wounded by his words. The denunciation of her true feelings helped dam up the pain.

Her denial infuriated him. He yanked her up and into his arms. His mouth closed on hers. 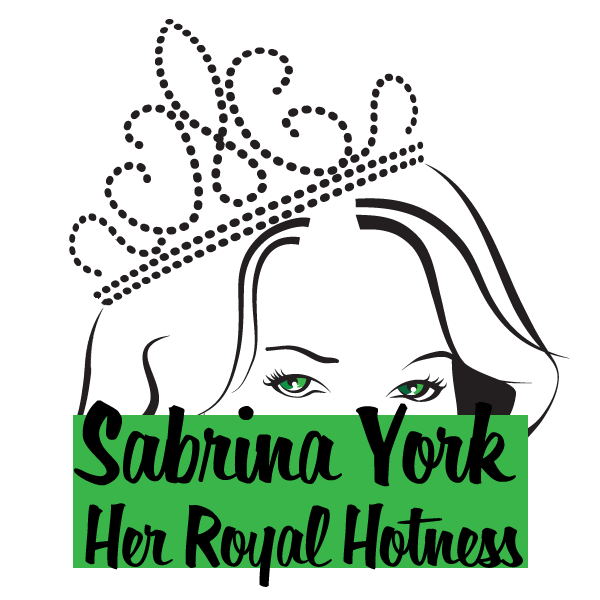 Connect with her on twitter @sabrina_york, on Facebook or on Pintrest. Check out Sabrina’s books and read an excerpt on Amazon or wherever e-books are sold. Visit her webpage at www.sabrinayork.com to check out her books, excerpts and contests. Free Teaser Book: http://sabrinayork.com/home-2/sabrina-yorks-teaser-book/

And don’t forget to enter to win the Royal Tiara!

Where can you find Sabrina???

Check out my Pintrest boards ~ http://www.pinterest.com/sabrinayork/boards/ 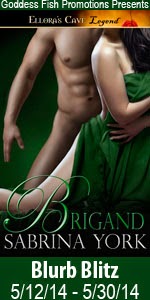 Thanks for stopping by today Sabrina and the best of luck with BRIGAND.