Sooo, remember when I say I would mix things up? Well today is one of those day. But instead of zombies thrown into the mix like the first time, this time H K and I are throwing in MOBSTERS!

I find mobsters scary but fascinating. They're kinda like a train wreck, I just can't seem to look away.

Would I want to be apart of the life? NO WAY! I'm to squeamish and I have this weird aversion to bullets. One might call it an allergy.

But oh, how I enjoy the drama and there is always plenty of drama when mobsters are involved.

So for all you folks that enjoy the life and times of the underworld, here is another series for you, from H K Carlton.

Thanks for hosting me today, Nanc!

Family saga, crime, romantic suspense
Recently, I was asked what makes this series different from others in the same genre. I think Always Cambridge is different first off, because it is written in first person, from several different character's points of view, throughout the series. Book One is told from the viewpoint of Holly Cambridge and her bodyguard Randy Phillips. As the saga continues, other voices and characters are incorporated.

This series ultimately follows Holly from age nine well into her forties. It is violent and angry, but sweet and romantic in parts too. Book one, because Holly is still so young, is quite tame.  The sexual content as well as the violence escalates as the series goes on and really hits a climax, so to speak, in books three and four, where the storyline gets downright explicit and somewhat dark. The saga comes with many twists and turns that I think readers might not expect. I know some of them even surprised me while I was writing.

Here’s the blurb and a snippet from the first book in the series, Always Cambridge.

The Always Cambridge Series chronicles the life of Holly Cambridge through her tumultuous childhood and violent teen years and the consequences that stem from being the daughter of mob boss, Bill Cambridge.

He is her guardian, but she'll do anything within her power, to protect him.
His only duty is to keep her safe, but he can’t save her. 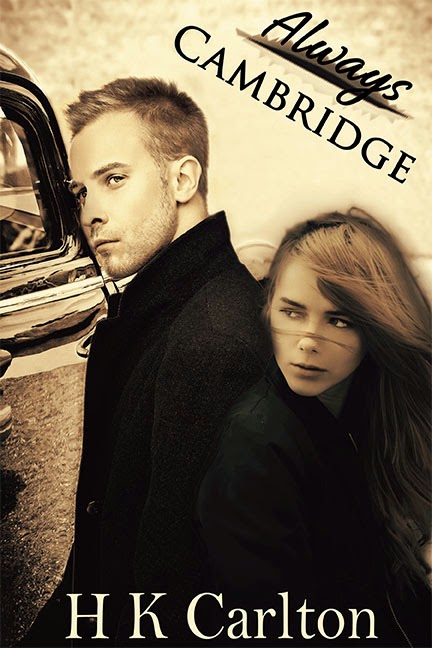 At the age of sixteen, Holly is assigned a new bodyguard, Randy Phillips. He is a tall, muscular, God-like force in the young, impressionable and lonely girl’s life. He is her friend, her confident, her conscience, and the older man she adores beyond reason.

Advisory:
This book is the first of a series. It ends with a ‘to be continued’.
But the good thing about this series is you won’t have to wait years between instalments. eXtasy Books will release a new book, the first of every month until the conclusion in September.

I stopped, turning to face him. “None of this is any of your doing,” I repeated his words quietly back to him.

Randy smirked but his eyes remained serious. “Smart, aren’t ya, little one. But my job is to keep you safe and I wasn’t here.” He stuffed his thumbs into his jacket pockets and said so softly that I had to lean in to hear him. “I was so scared I wouldn’t get here in time. I could hear your voice. And his.” He shook his head remembering.

My eyes filled. “I was scared too. But I knew you’d come. And Paddy. I trust you. The two of you are always here for me.”

He stepped closer to me and I had to look up.

“Patrick said the threat isn’t over. He said that man was not it.”

“No, he was just another bad man in a long line of many who walk the halls here, Holly.”

I shuddered at the thought.

Randy kept his head bowed but looked at me through lowered lashes. “Are you afraid of me now? After what you saw? Not just last night? But your friend, Timmy?” He exhaled shakily. He seemed to need my reassurance that I was still okay with him. I’d never seen him like this. He was never anything but confident in my eyes.

“We are all bad men here, Holly.” His stormy grey look was intense. Was he trying to warn me? It was not something I wanted to hear right now.

I heard his teeth grind. “He was alive when the others removed him from here last night. I didn’t kill him.”

I turned away from him. Angry. “Well, that makes it alright then, doesn’t it!”

He grabbed me and spun me back around to face him. His eyes narrowed. “I’m not a good guy, Holly. No one on this whole goddamn compound is good except for you and the longer you stay here…” He let me go and stepped away from me. He ran his hand through his hair in frustration. “Sometimes you look at me and I can see in your eyes that you think I’m…” His lips thinned as he searched for the right words. “…like I’m your own personal saviour. I’m here to keep you safe, Holly, but I can’t save you from what’s going on here. I can’t stop this from tainting and shaping your life. This is going to be your life forever. You’ll always need protection. You will never have that ‘normal’ life that I see that you crave.”

“Don’t say that! Don’t say it, Randy!” I rushed at him wanting him to stop.

He pulled me into his arms, he whispered in my ear, “See what’s going on. Accept it. The sooner you do the easier it’s going to be for you.”

And Coming Soon from TotallyBound:

Where can you find H K?

Thanks so much for introducing us to your new cast of characters in The Always Cambridge Series, I look forward to reading what happens next. Best of luck.