My guest today is Jerrie Alexander and she has brought her book, Cold Day in Hell. Which just happens to have my favourite type of hero.

Yup! You guessed it.
That delicious specimen on the front cover belongs to a soldier...An Ex-Army Ranger to be exact. 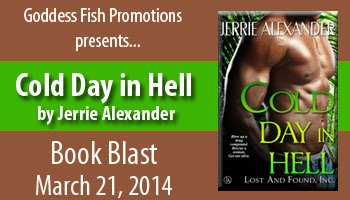 Jerrie will award a $50 Amazon GC to one randomly drawn commenter via the Rafflecopter below. 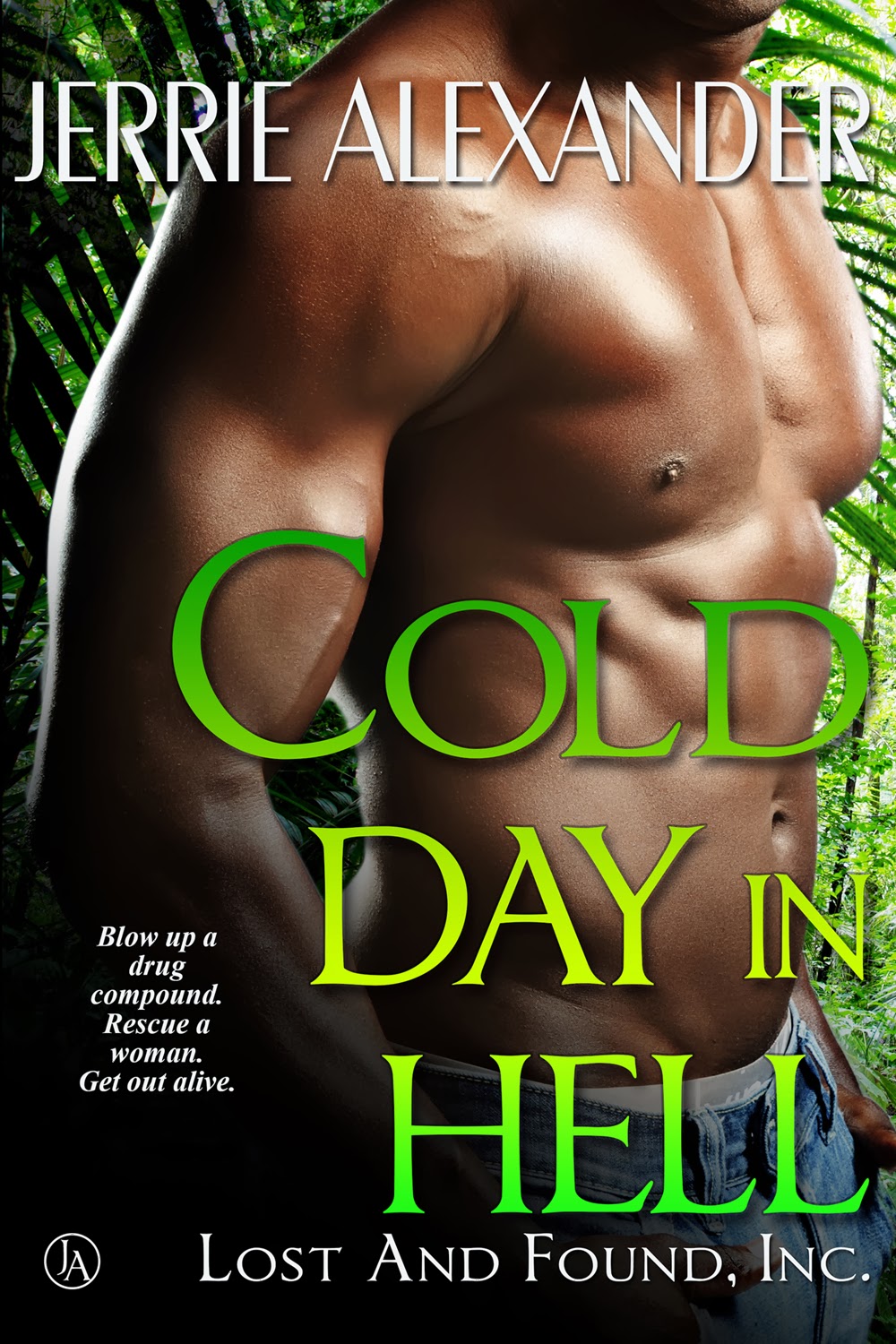 Ex-Army Ranger Tyrell Castillo's first mission for Lost and Found, Inc. goes awry when his contact is kidnapped, and he's left scrambling for weapons and explosives. He'll have to blow up a drug cartel's compound, rescue the woman, and keep her safe while they cross the sweltering hot Colombian jungle.

Driven by the need for revenge, Ana Maria Vega Cisneros doesn't want to be rescued. She wants revenge. She'll risk her life to ensure the drug lord who killed her family suffers the same fate.

The cartel leaves a trail of blood on their hunt for Ty and Ana. When Ty receives the order to kill the drug lord with extreme prejudice, he and Ana will face the enemy head on. Can Ty protect the woman who's hell bent on vengeance? The woman he's grown to love?

Ty retrieved his knife, dragged the heavy body away from the door, and quickly moved to the figure next to the metal headboard.

Ana Cisneros stood close to the window. Craning her neck to see outside, she was unaware he'd entered the room. With no time for introduction, he reached around and clamped his hand over her mouth.

As expected, he'd startled her. She fought, slinging her body back and forth like a wet dog. She kicked at him, so he whirled her around and jerked her body snug against his.

"Quit struggling. I'm here to help you," he whispered, trying to sound reassuring. No doubt, with the flames outside casting an eerie glow, he looked like an alien. A man wearing night-vision goggles, geared up with a pistol on his hip and another in a holster strapped to his thigh, and a rifle over his shoulder would scare most anybody. Not to mention the machete sheathed on his back and the SOG knife in his hand. "Do you understand?"

He took the slight movement of her head as a yes and relaxed the pressure off her lips. His reward? She bit his finger and pummeled his ribs with her free fist.

What the hell? The lamb had attacked the lion. 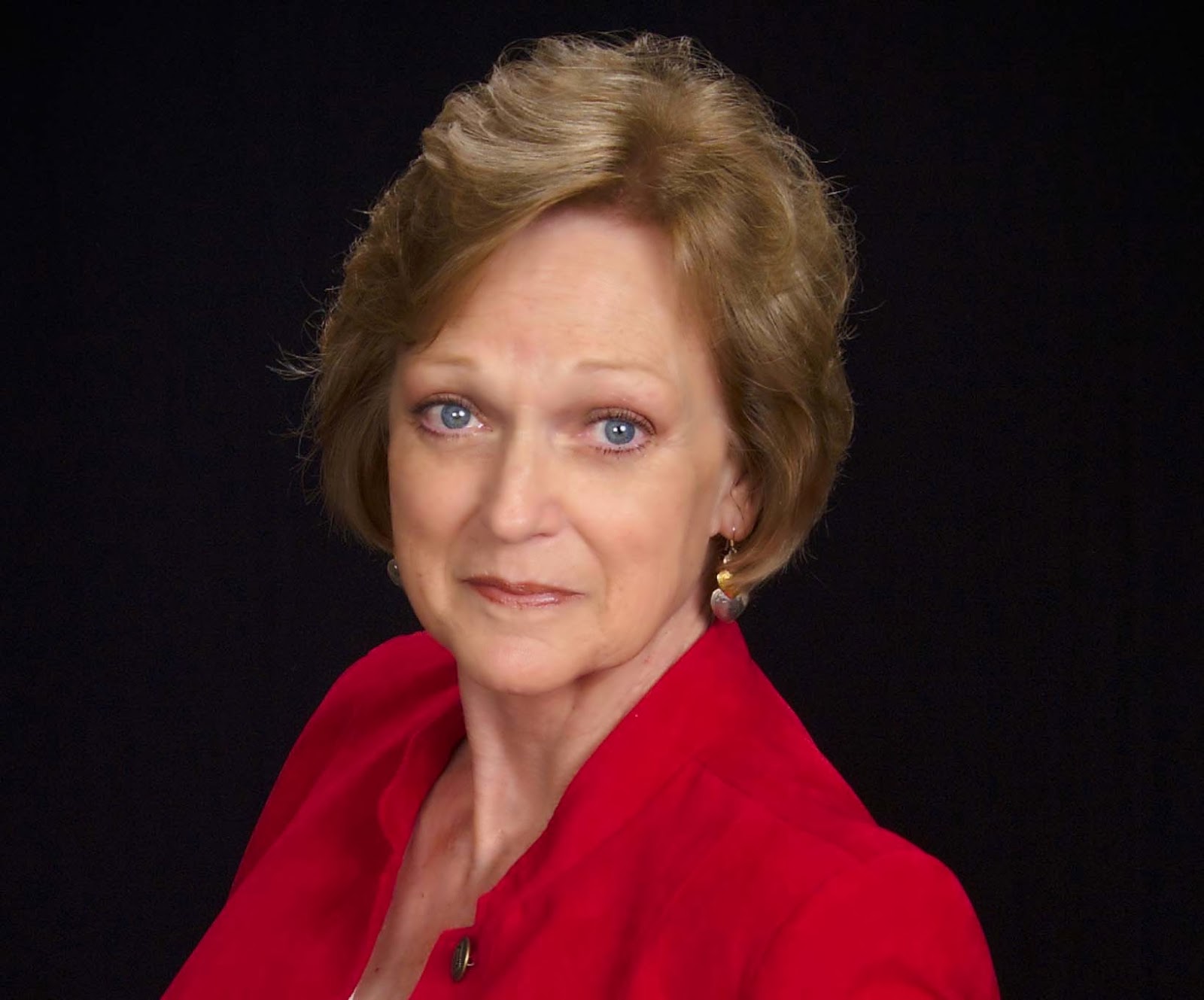 A student of  creative writing in her youth, Jerrie set aside her passion when life presented her with a John Wayne husband, and two wonderful children.  A career in logistics offered her the opportunity to travel to many beautiful locations in America, and she revisits them in her romantic suspense novels.

But the characters went with her, talked to her, and insisted she share their dark, sexy stories with others.  She writes alpha males and kick-ass women who weave their way through death and fear to emerge stronger because of, and on occasion in spite of, their love for each other.  She likes to torture people, make them suffer, and if they’re strong enough, they live happily ever after.

The author of THE GREEN-EYED DOLL, THE LAST EXECUTION, SOMONE TO WATCH OVER ME, and HELL OR HIGH WATER, book 1 in the Lost and Found, Inc. Jerrie lives in Texas, loves sunshine, children’s laughter, sugar (human and granulated), and researching for her heroes and heroines.

Where can you find Jerrie?

The tour dates can be found here:  http://goddessfishpromotions.blogspot.com/2014/02/mbb-cold-day-in-hell-by-jerrie-alexander.html 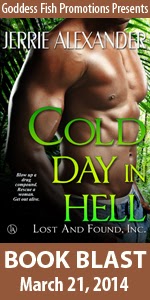 Thanks for stopping by Jerrie and the best of luck with Cold Day In Hell.