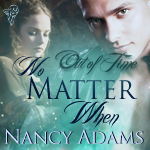 This might seem a bit odd, but the inspiration for No Matter When came from the very first idea I had for a book.  It came to me one night while I was trying to get to sleep; I created this little scene in my head, of a woman from Toronto who is sent back in time to Scotland.  Once in the past, the women is rescued – of course- by a very hot and very built Laird and then romance ensues.  It was a skeleton of an idea and perhaps a little boring. Yet, once I set down to bang out the outline, I veered off into a separate direction where I ditched the time travel and developed my idea into a contemporary romance.


The full idea of No Matter When didn’t come about until my husband and I took a much needed holiday to Dominican Republic.  I was sitting out on our little patio chill’in with a frosty drink when the idea to came to me, I simply grabbed my notebook and started scribbling down ideas.  And yes, some of those ideas didn’t make much sense.  I blame the bartender… I wouldn’t have gone back for another Pina Colada if he didn’t make them so damn tasty! Luckily enough, my writing is actually easier to decipher when I’m tipsy, so I didn’t have to hard of a time putting my outline together.  There you have it, not the typical answer but at least it’s an honest one. 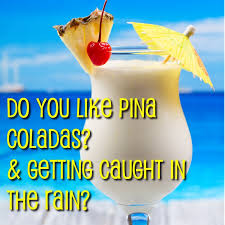 
How did I create the characters, the plot, and the setting?


In typical romance fashion (which I personally love), No Matter When has the hero rescuing the mysterious damsel who has arrived from the future and the two fall in love.  Yeah, I know, it’s been done.
I knew I needed to switch it up, throw a wrench into things.  So, while enjoying my R & R on the sandy beach, I came up with the idea of the hero being from the future also, but farther ahead than the main female character. (And No! Pina Coladas were not involved this day. lol)  I liked the idea so much that I decided to throw a few more wrenches into the mix, and added a few secondary characters, each one taken from a specific point in history, such as the bombing of London during World War II.  From there I developed the characters based on the specific time they came from.


As for the plot and setting, that part was easy because I love history and I already had a basic idea of what I wanted - girl from future falling in love with Lord of the castle - so I knew it would take place in the past.  It took some time to decide when and where they should meet and what adventures would drive the plot.
After deciding on the year (1503) and the place (England), I simply began reading up on medieval England, and finally decided to tying in King Henry VII and his wild bunch, and mixed in a few futuristic kinks to spice thing ups.  One thing was for sure, I wanted my two main characters to be different.  I wanted them to have some ability to set them apart from the others and I wanted those abilities to contribute to the plot.  And what better way than to make the hero a genetically enhanced soldier.
But Gabe Sutherland is not just any soldier; he’s a handsome futuristic soldier, who can leap over a castle in a single bound. 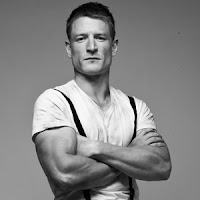 And you know who fills that role nicely in my day dreams?  Philip Winchester.  Oh wow!  He is the perfect Gabe.  Don’t you think?


Any work on the next book in progress?

Yes…but thanks to summer and my kids hovering over my shoulder I’m only half way through the first chapter, plus I wanted to finish my latest stand alone titled ‘Extinct’. ‘Extinct’ was one of those ideas that came to me quickly and grabbed on tight refusing to let go until I pounded it out.
But that hasn’t stopped me from scribbling out ideas for book #2 in the Out of Time Series and setting up outlines for book three as well.


Well, that’s it for me, I hoped you enjoyed your summer or at the very least got to sit and chill with a tasty beverage and good friends and family.
Come to think of it...I didn't get my token frosty Colada this summer, okay then! I’m off to hunt down that Pina Colada and maybe even Philip Winchester. Oh my! lol