The Goddess' are hosting a tour for Candi Wall and her newest book BRING ME HOME Book #1 in her Home is Where the Heat is series.


Home is Where the Heat Is, Book 1 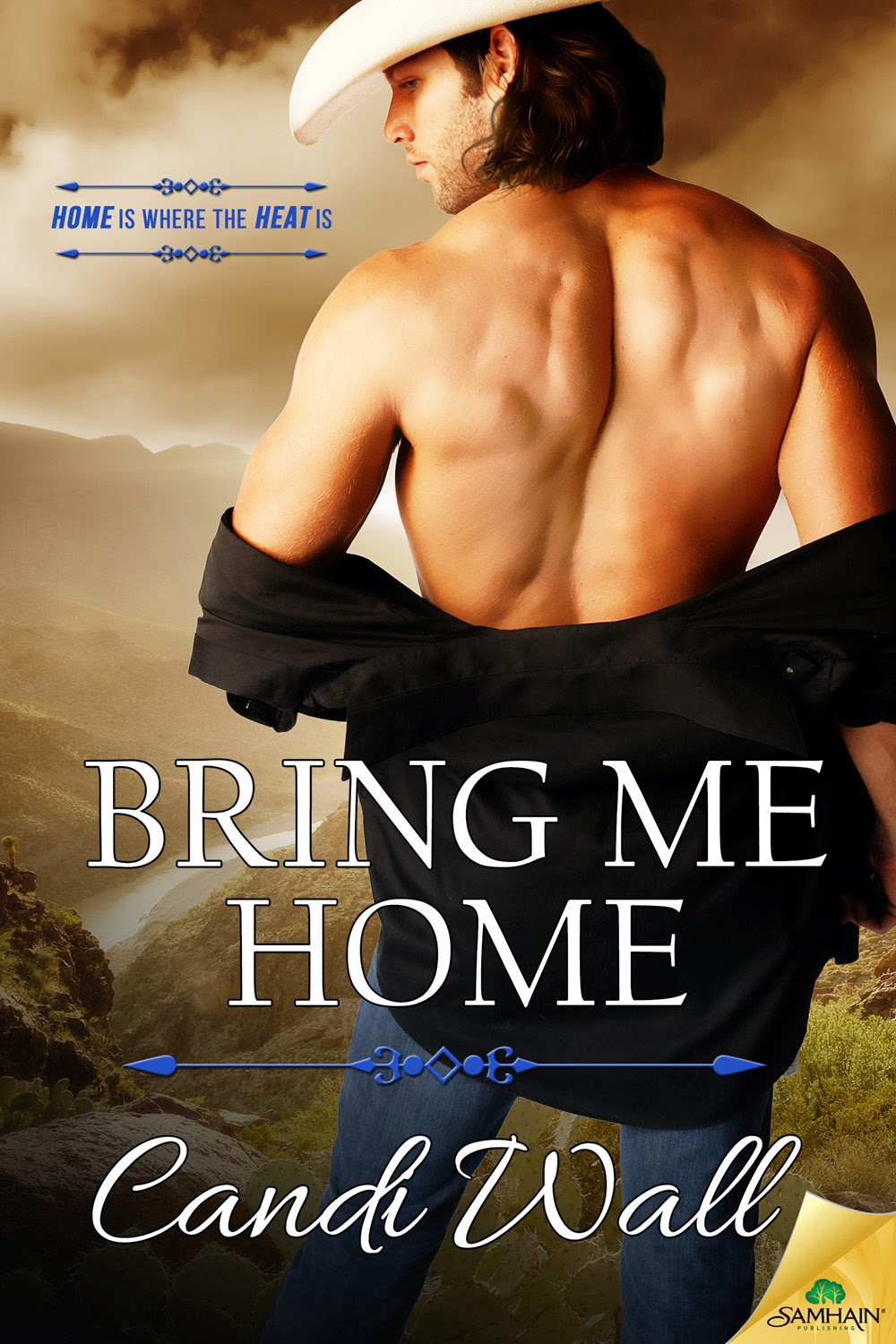 Miya Jackson always believed life had more to offer outside Dead End, Texas. So when circumstances turned her life upside down, she took her chance to break free. A few years—and some brutal doses of reality—later, her little sister’s wedding brings her back to the hometown she left behind.

The last place she expects is to end up is in the arms of the man she’s tried and failed to forget. One scalding, passionate night is all it takes to make her rethink her damn good reasons for leaving.

Shawn Dalton always hoped this day would come. Hell, he and Miya have a history, and any misunderstandings can be fixed if she’ll only stay in one spot long enough. Now that’s she’s back, he’s determined to make her see that she belongs in Dead End. With him.

Her obstinate nature is intact, but he can deal with that. It’s the cold, detached woman she’s become that worries him. Melting that wall—and reminding Miya of her roots—is going to take every hot, sinful moment he can wrangle.

Years of holding him accountable withered under the desire drenching her veins. If she didn’t get ahold of her emotions, she was in trouble.

“Oh, please,” she muttered weakly. “Like you would have thought or believed anything different if the roles had been reversed.”

“I would have given you a chance to explain.”

“Spoken like someone who never had to deal with that kind of hurt.” She poked a finger against his chest. “I never would have let myself get in that situation. I would have known it wasn’t you. You don’t get to blame beer or Susan.”

“I blame myself.” He dragged a hand through his hair. “I wish I could change the past.”

That should have been the end of it.

“No. I can’t.” He lowered his head, his lips only a breath away. “You must have hated me.”

He was so close. It didn’t matter what the past threw at them. She wouldn’t stop him if he pressed closer… How could she when she wanted his kiss—and so much more? He’d always been her weakness.

“I think I still hate you,” she managed. She’d spent so much time trying to forget… How could his simple touch make her want what she’d left behind?

“No. There could never be hate between us.”

Candi Wall is probably the only person whose real name is more epic than any pseudonym she could have come up with – even as an author! She writes because the voices in her head have to come out somehow. Animal rescue-ess, mother of four, and soccer mom by day, she spends her free time writing – often on napkins at kids’ games because she never knows when a juicy story will reveal its delicious self. She once wrote a sex scene at a wrestling meet. Shhhhhh!


Where can you find Candi???

Thanks for stopping by Candi and good luck on your tour!