This Heart of Mine by Brenda Novak #Giveaway

Today I have USA Today & New York Times Best Selling Author...ready for it... Brenda Novak as my guest.

Today Brenda brings with her
This Heart of Mine  a contemporary romance with a bit of a different back story, which is what I like most about it and I think you will too.

Holy Cow, that's quite the giveaway!
Good luck everyone!

This Heart of Mine
by Brenda Novak 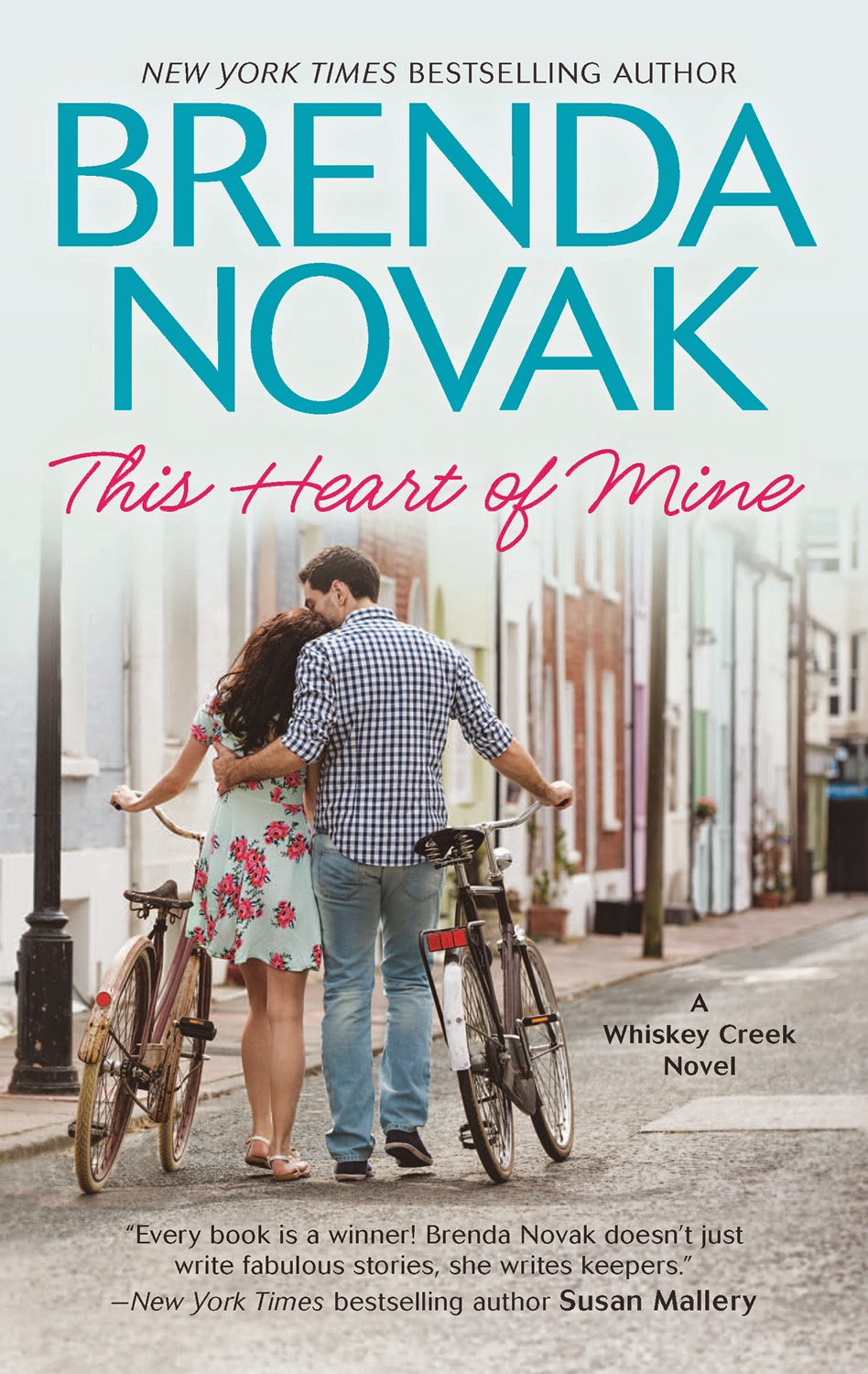 As the daughter of a hoarder, Phoenix Fuller had a tough childhood. So when the handsome, popular Riley Stinson became her boyfriend in high school, she finally felt as though she had something to be proud of. Phoenix was desperate not to lose him—especially once she found out she was pregnant. Yes, she might have acted a bit obsessive when he broke up with her. But she did not run down the girl he started dating next.

Unfortunately, there was no way to prove her innocence. Now, after serving her time in prison, Phoenix has been released. All she wants to do is return to Whiskey Creek and get to know her son. But Jacob’s father isn’t exactly welcoming.

Riley doesn’t trust Phoenix, doesn’t want her in Jacob’s life. He is, however, ready to find someone to love. And he wants a good mother for his son. He has no idea that he’s about to find both!

His voice had a rough edge that made her fear he wasn’t taking what she’d said as the apology she’d intended. “Right,” she said. “Sex and love are two different things, and boys can make that distinction more easily than girls. That’s all I’m saying. I get that now.”

“I see. What a great thing to learn.”

Was he being sarcastic? She was so confused. “It was a lesson I needed. And learning it the way I did means I’ll never forget.”

A muscle moved in his cheek.

“I’m sorry,” she said. “Did I say something wrong? I was trying to apologize for…for falling in love with you. Or for holding on to you when I should’ve let go.” None of this was coming out right. She could tell that much, so she stopped trying to explain and opted for the direct approach. “Regardless of anything else, know this―I promise I’ll never single you out like that again or do anything else to make you uncomfortable.”

There. That had to be clear. She smiled up at him, hoping what she’d said would finally meet with his approval. But there was that damn frown again. “What’s wrong?” she asked.

“Nothing. Don’t worry. You nailed it. And so innocently, too.”

She pressed her fingers to her temples. The pain meds had really kicked in. “I admit my thoughts are…somewhat disjointed. What, exactly, did I nail?”

“That you can’t trust a guy,” he replied. “That a guy doesn’t know what love is.”

That sounded a bit harsh. Had she actually said those things? “Maybe not all guys,” she clarified.

“Okay. Only me,” he said and walked out.

“I was trying to apologize!” she called after him.

He shook his head as he turned back. “For ever loving me?”


New York Times & USA Today Bestselling Author Brenda Novak is the author of fifty books. A four-time Rita nominee, she has won many awards, including the National Reader’s Choice, the Bookseller’s Best, the Book Buyer’s Best, the Daphne, and the Holt Medallion.
She also runs Brenda Novak for the cure,
a charity to raise money for diabetes research (her youngest son has this disease). To date, she’s raised $2.4 million. For more about Brenda, please visit www.brendanovak.com.

Where can you find Brenda???

Thanks for stopping by Brenda and the best of luck with This Heart of Mine.