This kinky little gem is part of the Lusty Texas Collection and I just bet it will make you crave a man with a sexy Texan drawl...Or maybe two!!!

Before we get to the sexy Texans, Cara is going to tell us what she likes best about writing Ménage.

List of 10 things the Cara likes best about writing Ménage.

1) I enjoy finding the right heroes for my heroines – and sometimes vice-versa. Women are complex, and I don’t think it’s the least bit unbelievable that a woman might need two men to feel complete, as each hero can offer his heroine something unique.

2) I enjoy learning who these characters are, and what challenges they are facing—challenges that some of my readers may be facing, too.

3) I do like finding out where the kink might be. I firmly believe we all have a little kink in us. And anyone who has been married a long time will tell you that eventually, you try just about everything.

4) I enjoy writing the sex scenes, and the way they can be used to fulfill the heroine’s emotional as well as physical needs.

5) I enjoy some of the research I have to do. I share this research with my husband of 42 years. It sparks some interesting...discussions.

6) I like finding different and unique ways for the heroes and heroines to interact with each other.

7) I like the dynamic that is unique to the ménage. You have three characters, and three hearts that need to find a balance.

8) I love the fun of writing ménages. There’s no rigidity in the characters, and anything—anything—can happen, if it fits them.

9) I love the reader response to the ménage. Readers tend to be very devoted to this sub-genre, and more willing than other romance readers to accept “outside the box” kind of thinking.

10) I love that ménage is romance at it’s finest: because nothing matters but the happiness of the heroine, and if in order to pull that off the heroes have to unplug their egos, then that is what they do. Because in the best ménage, two (or more) men are completely devoted to making their woman not only the center of their lives, but the happiest woman in the world. And really, what woman couldn’t get behind that? 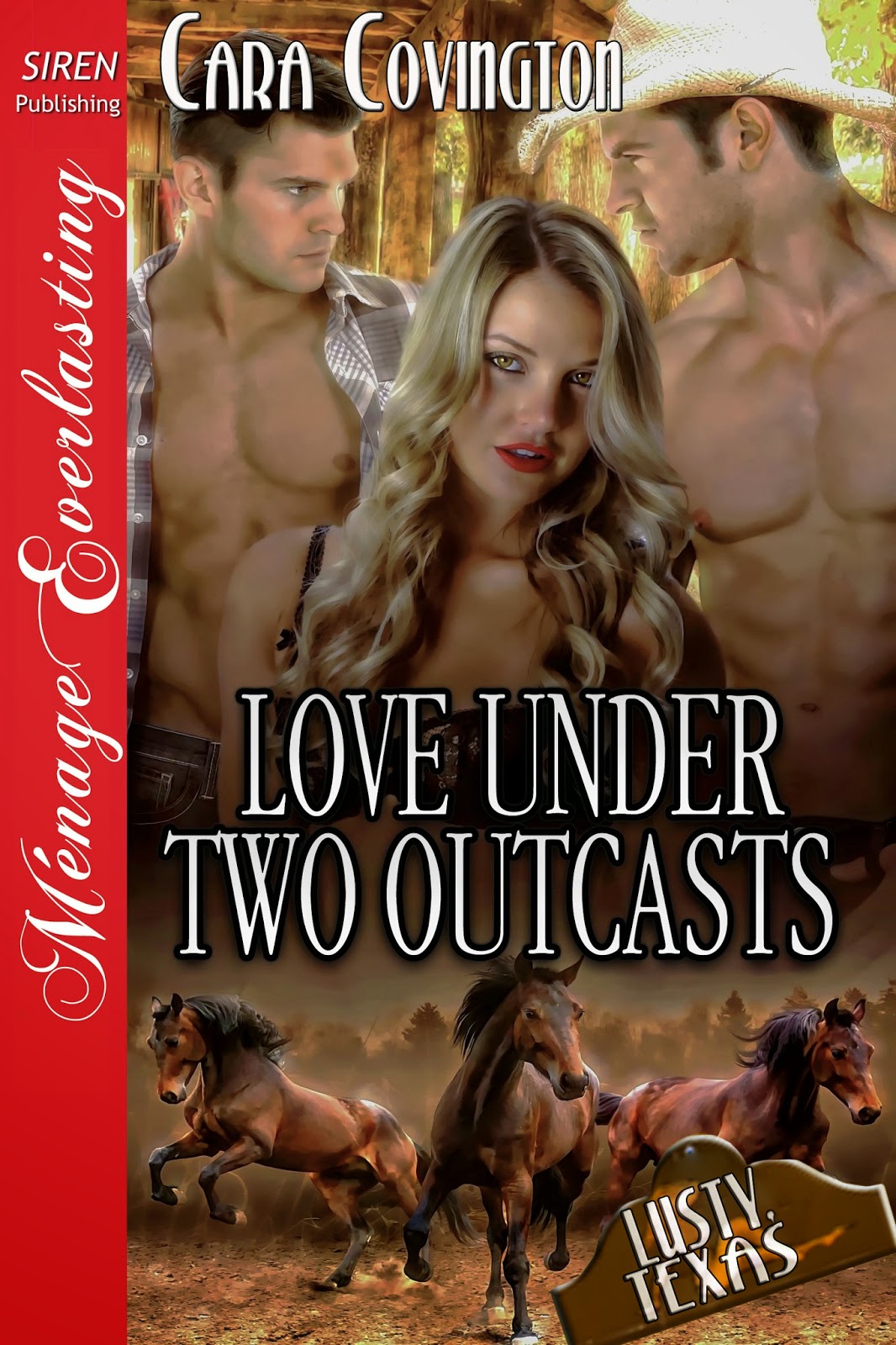 Charlotta Carmichael is mostly not ashamed of the way she paid for her college degree. Mostly. As an exotic dancer at a gentlemen’s club, she earned enough to get her degree in psychology.

But sometimes the scorn she’s suffered in the past comes back to haunt her. She fears a similar reaction from Jesse and Barry Benedict. Will they still think she’s good enough for them if she tells them the truth?

Jesse and Barry know all about past mistakes and regret. Feeling like outcasts, they left their Montana home and headed to Lusty, hoping to make a new start. Once they understand that Charlotta is their soul mate, they confess their sins of the past—because they want their relationship to have a solid foundation.

As Jesse and Barry rush to save Charlotta from a stalker, they all soon learn that moving on is easier said than done—and requires a bigger leap of faith than they’d ever imagined.

The sound of high heels on the marble floor echoed in the reception area. Jesse realized belatedly the feminine footsteps were coming their way.

“Gentlemen, I apologize for keeping you waiting.”

Jesse knew the voice from the two telephone conversations he’d had with the doctor. He looked up—and had the surreal sensation that in that instant, with that simple tilt of his head, his entire life had just changed. One quick glance over at Barry, and he knew his twin was experiencing his own personal epiphany.

Jesse got to his feet, his gaze taking in her piled high blonde hair, soft grey eyes, and the way her beige silk blouse and trim brown skirt displayed her made-for-sin body.

He met her gaze, pleased when he read in hers that he and his brother weren’t the only ones to get gob smacked with a flood of pheromones.

She’d extended her hand and Jesse wasted no time in clasping it in his. The zing of electricity shot straight to his groin, and it took supreme will to keep his wood from tenting his jeans.

“I’m Jesse. And you have no need to apologize, ma’am. We’re here at your service.” He saw the double entendre hit its mark and liked the humor he read in her eyes.

And then he appreciated her ability to give as well as she got, when she said, “Well in that case, please follow me to someplace a little more private.” 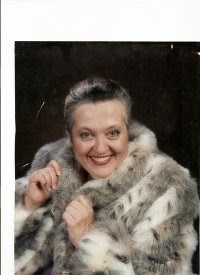 Morgan Ashbury, also writing as Cara Covington, has been a writer since she was first able to pick up a pen. In the beginning it was a hobby, a way to create a world of her own, and who could resist the allure of that? Then as she grew and matured, life got in the way, as life often does. She got married and had three children, and worked in the field of accounting, for that was the practical thing to do and the children did need to be fed. And all the time she was being practical, she would squirrel herself away on quiet Sunday afternoons, and write.

Most children are raised knowing the Ten Commandments and the Golden Rule. Morgan’s children also learned the Paper Rule: thou shalt not throw out any paper that has thy mother’s words upon it.

Believing in tradition, Morgan ensured that her children’s children learned this rule, too.

Life threw Morgan a curve when, in 2002, she underwent emergency triple bypass surgery. Second chances are to be cherished, and with the encouragement and support of her husband, Morgan decided to use hers to do what she’d always dreamed of doing—writing full time.

Morgan has always loved writing romance. It is the one genre that can incorporate every other genre within its pulsating heart. Romance showcases all that humankind can aspire to be. And, she admits, she’s a sucker for a happy ending.

Morgan’s favorite hobbies are reading, cooking, and traveling—though she would rather you didn’t mention that last one to her husband. She has too much fun teasing him about having become a “Traveling Fool” of late.

Morgan lives in Southwestern Ontario, Canada, with a mysterious cat, an eight pound Morkie dog who thinks he’s a German shepherd, and her husband of forty-two years, David.

Where can you find Cara??? 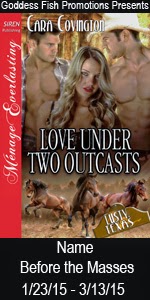 Thanks for stopping by today Cara and the best of luck with your tour!