Today I have the talented Lynda Simmons and her newest release JUST THE WAY YOU AREN’T.

If you love the classic Cinderella romance element, then  you'll love the twist Lynda has spun for this little gem.

JUST THE WAY YOU
AREN’T
by  Lynda Simmons 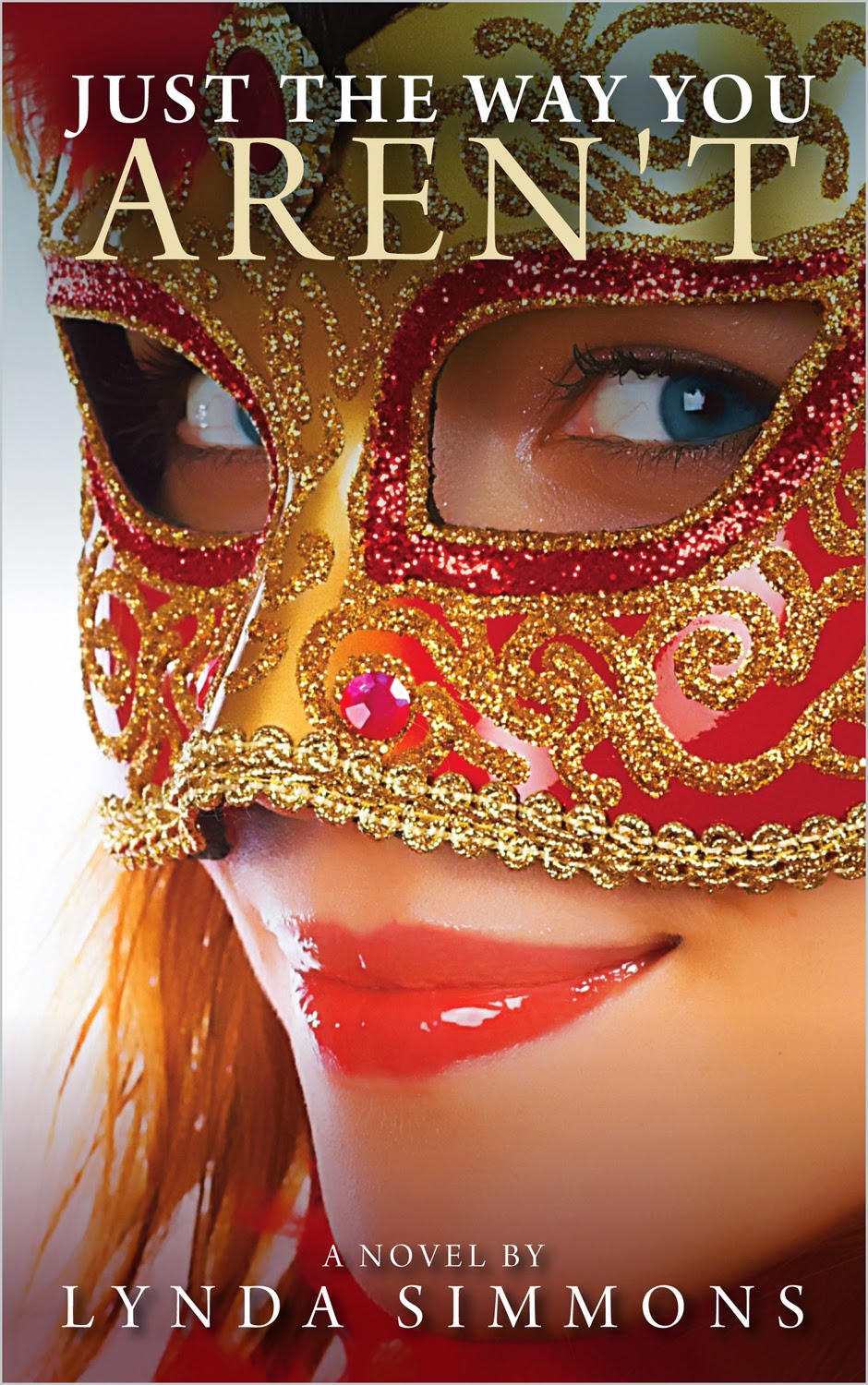 What happens when an everyday Cinderella makes a play for the prince?

A moment of madness. That’s all muralist Sunny Anderson expected when she donned a glittering mask and a fabulous gown to crash the gala at Manhattan’s newest boutique hotel.

Project manager Michael Wolfe has no idea that the beauty staring up at the mural on the ballroom ceiling is also the artist who painted it. He’s captivated and she’s willing, but when their moment of madness on the sofa in his suite comes to an abrupt end, his princess is off and running, leaving nothing behind but a pair of earrings.

He’s determined to find her again, but all he has to do is look closer at the woman painting the mural in his office to see that the one he needs is standing right in front of him.

Sunny’s feet moved of their own accord and she stared straight ahead, horrified and thrilled at the same time. Wondering what she was playing at and not at all surprised when he fell into step beside her.

This was why she wasn’t ready to leave, she realized. She was enjoying herself too much. Enjoying the fact that as Sonja she could do anything or say anything. Be shocking and sexy, and make Michael Wolfe sit up and take notice.

She glanced over at him as they walked, feeling beauti­ful, powerful, but most of all desirable. Because if that wasn’t hunger she saw in those dark eyes, then she’d been out of circulation for far too long.

Which was a distinct possibility given that her last sexual encounter had been almost a year ago in the back of Vince Cerqua’s convertible when the top wasn’t the only thing that wouldn’t go up. She’d spent the drive home assuring him that it happened to men all the time; at least that was what she heard in the tearoom.

She felt her face warm, knowing instinctively that Michael’s top would never let him down. Not that she wanted to find out. Not really. Not now, at any rate.

“Where will you be going in the morning?” he asked.

He drew his head back and she laughed. “There’s a theater group I’m rather fond of. After that, it’s anyone’s guess. I’m just a wanderer. Never in one place long enough to plant a garden as they say.”

“Is that what you’d like to do? Plant a garden?”

“Yes,” she said, slipping in a touch of Sunny, but staying true to Sonja. “Of course, with so many emerging artists, I’m not thinking about that right now.”

He stopped and took her hand. “What are you thinking about?”

Trouble. And sex. Mostly sex. For all the good it did her.

Truth to tell, Sunny wasn’t the kind to have a one-night stand. She was conservative in her thinking and cautious when it came to matters of the heart. She was the kind who delivered hampers at Christmas, painted faces at the community center on Halloween, and made sure her organ-donor card was signed. No question about it, she was Sunny the good: Balanced. Friendly. And utterly predictable.

But Sonja? Now there was a real vixen. A woman who traveled the world, took risks every day, and was never, ever predictable. It seemed a shame to make her leave the ball so early when she was only in town for one night. And Sunny had the rest of her life to spend being good.

Michael ran his thumb across hers and the pull was stron­ger than ever, bringing her back a step. After all, it wasn’t as though he was a total stranger, some masked man she picked up at the sushi bar. This was Michael Wolfe, Beast of Brighton, Terror of the Tradesmen. And she already knew he looked good without a shirt.

Maybe Hugh was right. Maybe a moment of madness was good for the soul.

The music changed again, the singer launching into a slow, sultry torch song that begged an answer to the question women had been asking for centuries: what is it with men and commitment?

Sunny had wrestled with that issue herself for years, convinced that the boy she’d loved too much would come back for her one day. Pale and contrite, wanting nothing more than to love her the way he should have all along. But commitment wasn’t on her mind at all when she twined her fingers with Michael’s and gave him Sonja’s best come-hither smile. “I’m thinking we should go to your place,” she said, and was sure she was floating as they headed for the door. 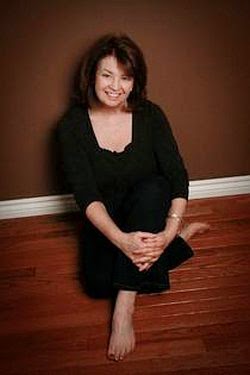 Lynda Simmons is a writer by day, college instructor by night and a late sleeper on weekends. She grew up in Toronto reading Greek mythology, bringing home stray cats and making up stories about bodies in the basement. From an early age, her family knew she would either end up as a writer or the old lady with a hundred cats. As luck would have it, she married a man with allergies so writing it was.

When she's not writing or teaching, Lynda gives serious thought to using the treadmill in her basement. Fortunately, she's found that if she waits long enough, something urgent will pop up and save her - like a phone call or an e-mail or a whistling kettle. Or even that cat just looking for a little more attention!


Where can you find Lynda??? 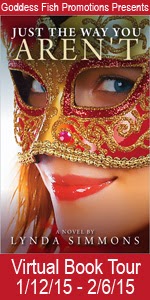 Thanks for stopping by today Lynda and the best of luck with JUST THE WAY YOU AREN’T.