How to Beguile a Duke by Ally Broadfield #giveaway #Historical Romance

The Goddess' are organizing a Virtual Book Blast Launch Tour for How to Beguile A Duke by Ally Broadfield, a Regency Historical Romance available December 8, 2014 from Entangled Scandalous Publishing.


A Duke
by  Ally Broadfield 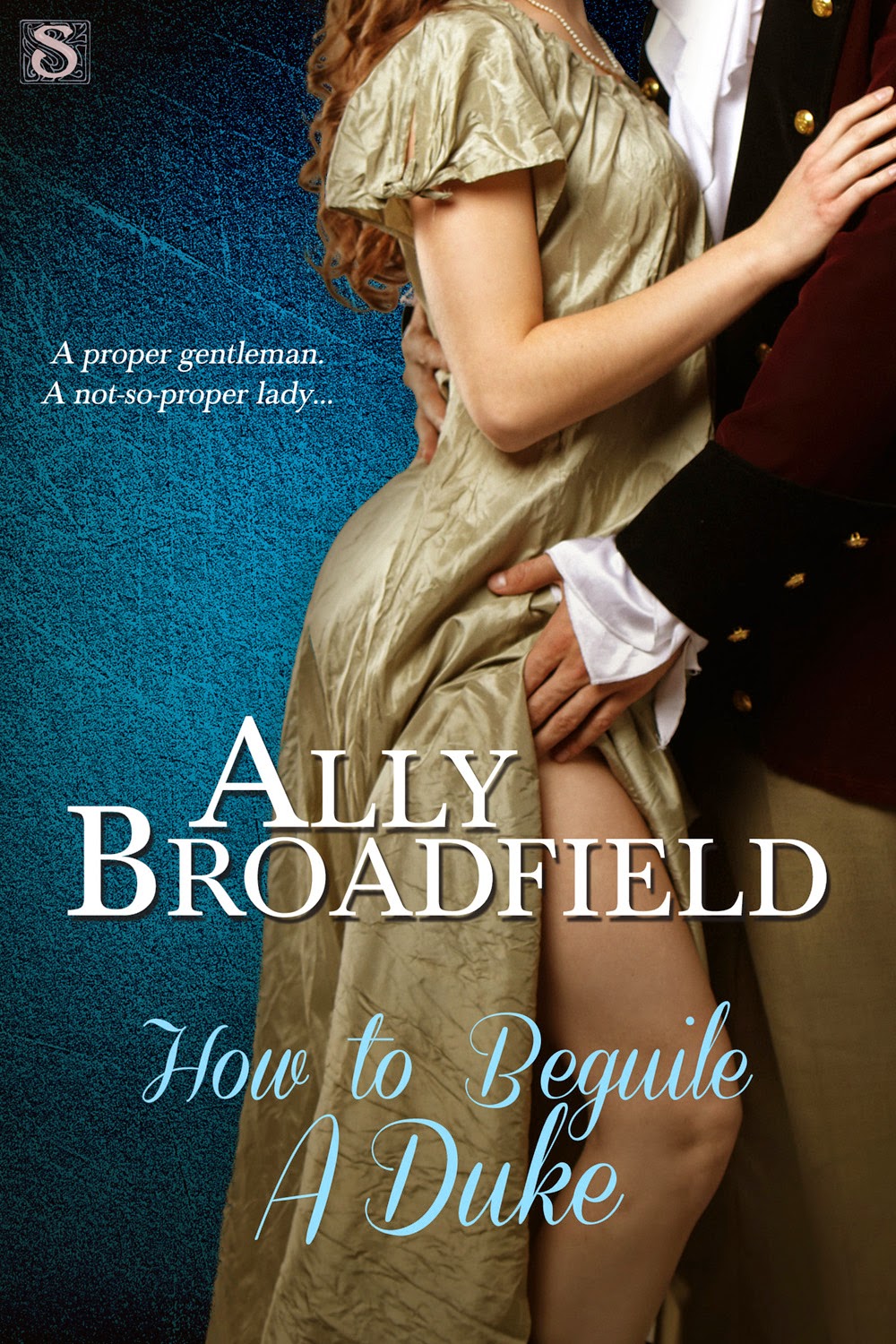 The spirited Catherine Malboeuf has just arrived in England to reclaim her ancestral home, Walsley Manor, and a valuable missing heirloom. Nicholas Adair, the attractive and frustratingly inflexible Duke of Boulstridge, however, is quite unwilling to sell the estate back to Catherine. Unless, of course, she accepts a small wager...

Nick will sell Walsley Manor if--and only if--Catherine secures an offer of marriage from an eligible member of the ton before the end of the London season.

Of course, Nick is certain he'll win. After all, no proper gentleman would ever marry a woman who conceals a cutlass in her skirts. Yet something about Catherine's unconventional disposition seems to ignite a need deep inside him. A need that won't just cost him the wager, but the very heart he swore to never give away...

He ought not to have let her take the journal. It wasn’t appropriate reading material for an innocent. “If you like, I will reread the journal and make note of all of your great-grandmother’s…acquaintances so we can narrow down the possibilities.”

She clasped the journal to her chest. “Good heavens, no. I shall do it.”

“I would never be able to look you in the eye again knowing that you had read about her…exploits.”

“Catherine.” She cast a startled glance at him. Stifling the laughter threatening to erupt, he said, “I’ve already read the journal. There is nothing in there with which I am not already familiar.”

Casting her eyes downward, she said, “Well, there is much with which I am unfamiliar.”

Laughter burst forth from him, refusing to be contained. “Well I certainly hope so. It is not appropriate reading material for you. Give it back to me, and I will make a list of everyone mentioned in the journal. We must be thorough.” Casting his eyes toward the spire of a church in the distance, he attempted to dispel the images of Catherine reenacting her great grandmother’s escapades with him. His imagination was very thorough. Too thorough.

Ally lives in Texas and is convinced her house is shrinking, possibly because she shares it with three kids, four dogs, a cat, a rabbit, and several reptiles. Oh, and her husband.  She likes to curse in Russian and spends most of her spare time letting dogs in and out of the house and shuttling kids around. She writes historical romance set in Regency England and Imperial Russia.

She loves to hear from readers and you can find Ally on her website, Facebook, and Twitter, though she makes no claims of using any of them properly.


Where can you find Ally??? 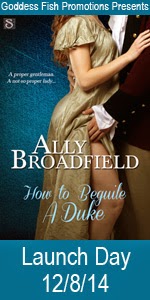 Thanks for stopping by today Ally and the best of luck with How to Beguile A Duke.