The lovely Goddess' are organizing a Virtual Blurb Blitz Tour for best-selling author AFN Clarke and his newest release,  THE ORANGE MOON AFFAIR.

This book is a Thomas Gunn Thriller and is available NOW for those of you hopelessly hooked on this series.
For those of you not already addicted to a AFN Clarke thriller, well get ready, because you soon will be!

AFN Clarke will be awarding a $15 Amazon GC to a randomly drawn winner via rafflecopter during the tour. 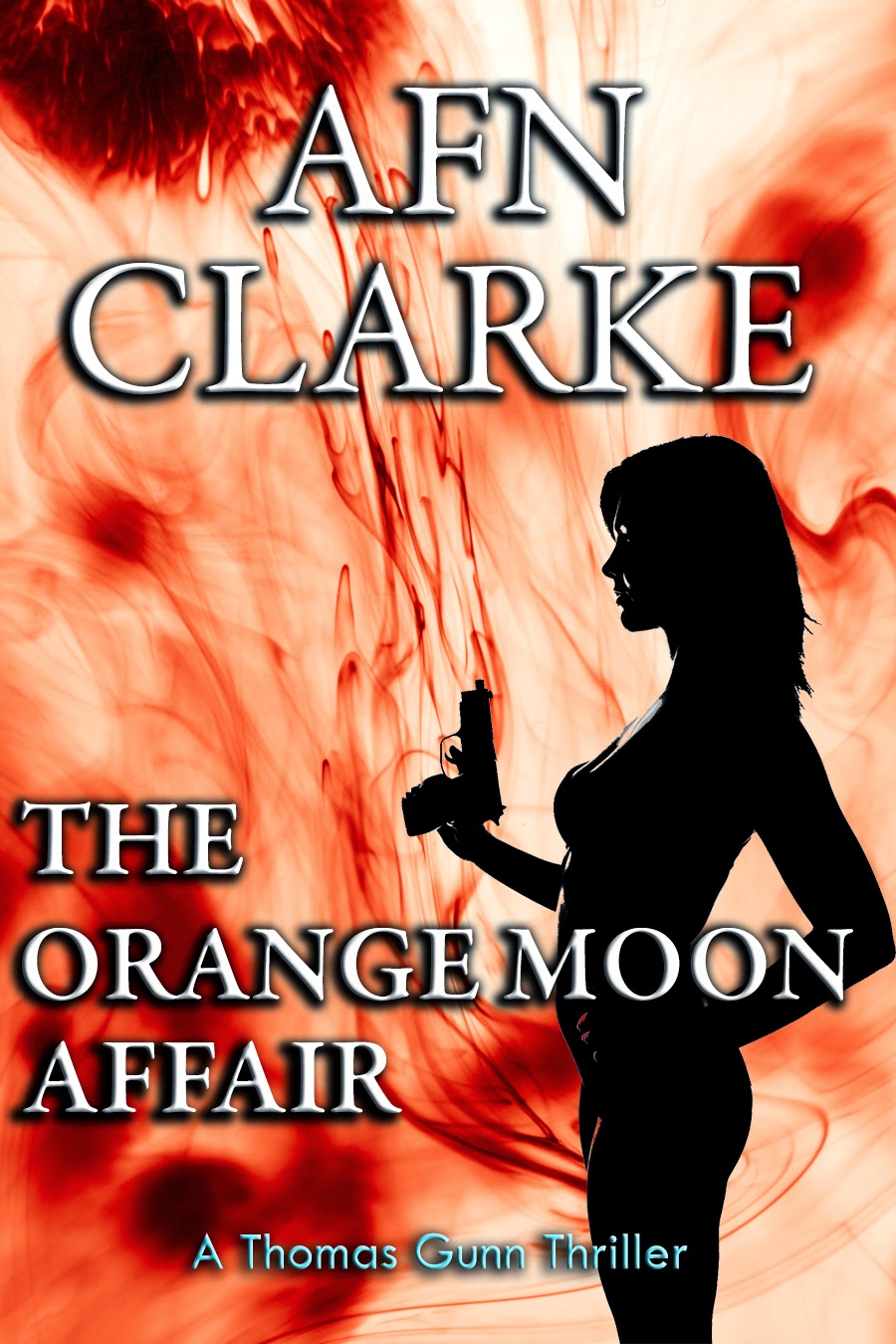 Thomas Gunn (ex-Special Forces) and his partner Julie are running for their lives. Who are they running from? And why? It all starts when Thomas decides to investigate the mysterious murder of his billionaire industrialist father. He’s shocked when his every move is blocked, especially by top levels of the UK government. But when his attempts to track down an elusive American business partner of his father’s turn lethal, he and Julie become moving targets, racing to outwit those who clearly want them dead. The danger rapidly escalates when Thomas is reluctantly compelled back into working for British Military Intelligence, exposing an international conspiracy that puts the freedom of the western world at grave risk.

But who are these ruthless conspirators that wield such unimaginable power? How are they connected to his father? And what dark secrets from the past will Thomas uncover in his relentless quest for the truth? This action-packed thriller spans the UK, USA and Europe and keeps you guessing to the very last page!

“The Orange Moon Affair” and “The Jonas Trust Deception”, the second in the series, have been hailed by the San Francisco Book Review as “fast-paced books you won't want to put down and you won't want them to finish." Available from Amazon (ebook and paperback).

“Whose side are you on?”

“Listen to me. It’s deep where the water crashes into the pool. If you can jump clear then you’ll hit the pool just right. It’s either that or be caught, because no way can you get down that rock face.”

What a choice. Kill myself in the fall or be shot by the guys who were now fast on my trail. I looked back again. The buggy had reached the river’s edge and was less than two hundred metres away.

My mind was made up for me as a searchlight beam swept over me. The first round cracked past my ear as I launched myself into space.

The drop sent my guts up into my mouth as I tumbled in the air for an eternity, then hit the water with a stunning impact that knocked the breath out of me.

Somewhere a part of my brain was functioning as a rational logical machine. It took over and told my frozen, aching body that I had to swim away from the fall of water before I could surface. I was only under for about twenty seconds, but to me it seemed like an eternity before I felt someone grab my arms.

Everything went black as I passed out.

When I came to, I was lying on the bank wrapped in an emergency space blanket and Danny had his hand over my mouth. I could see a shaft of light playing on the surface of the pool from above and caught the intermittent sound of voices through the crash of the waterfall.

AFN Clarke is a full-time author, screenwriter, the son of a British MI6 operative, former officer in Britain's elite Parachute Regiment, pilot, sailor, racecar driver and father of four who's lived in Hong Kong, India, Libya, Iran, Europe, the UK, USA, and Australia. He's written seven books of fiction and his bestselling memoir, CONTACT, was serialized in a British newspaper and made into an award-winning BBCTV film.

This rich background allows Clarke to bring his own unique and eye opening experiences to his latest Thomas Gunn thriller series that are fast-paced, thought provoking and frighteningly real and have captured the imagination of readers world-wide. As he says: "For me, good books are a great way to shut out every day life, suspend normal ways of thinking, and allow yourself to be captivated by another world. That’s what I continually strive to deliver to my readers."

Where can you find  AFN Clarke??? 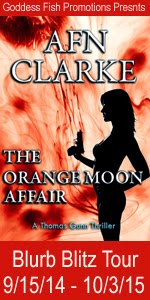 Thanks for stopping by AFN Clarke and the best of luck with, The Orange Moon Affair.