Author H K Carlton is back with the next installment of her Always Cambridge series...
Afterlife.

I have to be honest I've been a bit on edge wondering what was going to happen next. What can I say I've gotten very attached to Holly and Randy.

Did you notice I say Randy...HOORAY she choose RANDY!!
That Holly is a smart girl, let's hope she doesn't blow it with that hunky bodyguard of hers.

Now let's check out what H K has in store for Holly and Randy next.

Do I have your attention?

Wow! I can’t believe the series is winding down. Sadly, there’s only one novel left after this one. But before I get too emotional, let’s celebrate Afterlife. And speaking of emotional, this book is the most heart-rending one of the six, I think.

This instalment of the Always Cambridge Series finds Holly and her man in the Witness Protection Program, far away from Pennsylvania and the violence that almost killed them.

The Always Cambridge Series chronicles the life of Holly Cambridge through her tumultuous childhood, violent teen years into adulthood, and the consequences that stem from being the daughter of mob boss, Bill Cambridge.

Dreams of second chances are only nightmares in the making. 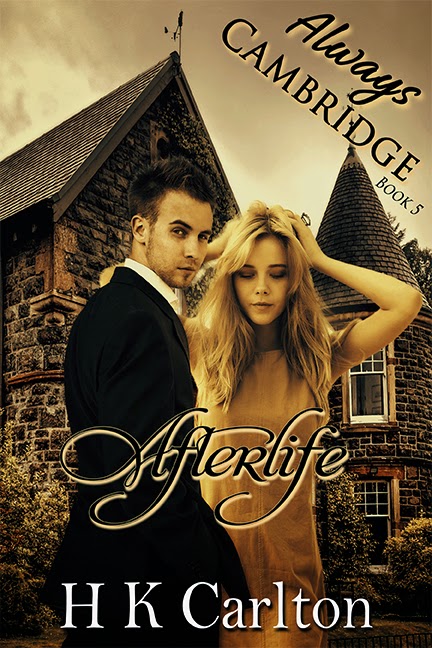 But they re-emerge in Witness Protection as Beth and Andy Gregory, far away from the mob life that nearly destroyed them.

Can Holly finally realize her dream and live in peace without the threat of violence shadowing her every step? Settle down in one place, put down roots with the husband and the loving family she’s always dreamed of?

Or will the Mayhue vendetta reach across the ocean and strike Holly where it hurts the most?


***Author Note***
The Always Cambridge Series is a true saga in the sense that each new installment begins precisely where the last ended. The books should be read in sequence.

Excerpt
She got into bed and she curled around me.

“Hey, what’s wrong? You seem deep in thought. You’re not regretting asking me to marry you, are you?”
I wrapped my arms around her. “Never. I don’t even want to wait a week.”
“Then what’s wrong?”
“Where’d you go today?” I changed the subject, taking the heat off myself.
But when her body stiffened, I wondered at her reaction.
“I stopped in at the book store.”

* * * *
Why had he asked where I’d gone? He couldn’t know all the places I’d been today.
“Just to the book store?” he asked.
“No, I popped into the Whiskey Shop and had a look around.” I wouldn’t lie.
“You were in the liquor store?”
“Just thought I’d have a look around. The holidays are coming. If I’d known I was planning for a wedding I would have paid more attention.”
“Where else did you go?”
“I stopped in the tartan shop and looked at scarves. Would you wear a scarf? It’s unusually cold here, and you’ve always got that runny nose and clearing your throat thing since we got here. I almost bought you one anyway. Did you know there’s even a Cambridge tartan?” I stopped, realizing I was rambling. He’d know I’d been up to something he wouldn’t approve of if I didn’t stop.
“I thought you drove into Paisley?”
“I did.”
“The Whiskey Shop is in Glasgow.”
“Randy, did you let me go into town alone just so you could interrogate me when I came home? Just give me a little leash and let me hang myself?”

* * * *
She sat up angrily. She was rambling now and defensive. It was more than obvious she’d done something she knew I wouldn’t approve of.
I sat up, following her.
“First of all, I didn’t let you go into town, because you do whatever you want regardless of what I say. Don’t give me this let bullshit. And second, I stayed back because I wanted to make this a night to remember for both of us. And third, give you some leash to let you hang yourself? Sounds like a guilty conscience to me. Were you up to something you think I wouldn’t approve of?”
Grabbing her robe, she got out of bed. She wrapped it around her tiny frame and looked out the window into the darkness. Cold fingers of dread touched the back of my neck. This had something to do with Victor. I knew it. Just her standing there staring out the window at nothing reminded me of the many hours I watched her do it over him.
“Do you feel like I’m smothering you?”
“No. No more than I suppose you feel I’m smothering you. We’re just being careful right?”
“Then what just happened here, Hol?”
She didn’t answer. I waited.
I tried softening her up with a joke. “I was just going to tell you the owner of the book store phoned to thank you. He can take early retirement because you bought out the store.”
“He did not,” she retorted, quietly.
“No, he didn’t, but don’t think I didn’t see all those books in the kitchen.”
And again I waited. She was much harder to reach than when she was as a kid. She closed up. She’d spent too much time and effort trying to protect herself and stay alive to achieve her goals. And I think she’d gotten into the habit of keeping things from Alex—it carried over. But I also knew she kept certain things from me, to keep me from getting hurt. But it’s where we’d fucked things up between us before, by hiding things from each other. It was precisely how we lost each other and how she found Alex and Victor. I wouldn’t let it happen to us again.
“I dropped by the post.”
The cold trickle doubled on my neck. She’d mailed something.
“You didn’t mail something to Paulie?” That would be crazy! What the fuck was she thinking sending gifts to her nephew?
“No. They believe I’m dead. It’s best left that way.”
Victor!
She came over to the bed and got down on her knees. Her eyes filled. “Please understand. I had to let him know we made it.”
I was beyond mad. I was disappointed. I was insanely jealous. But I did understand. She’d done the same for me when she’d run from me. And sometimes the gifts she sent were the only thing that kept me going, because when they arrived I knew she was still alive. And sometimes it was all that mattered, knowing she was still out there.
“That was dangerous.”
“It wasn’t dangerous. You know how careful I am. No one will know where we are.”
“But people will know we’re alive.”
“Only him. He won’t give us away.”
“There was no need for you to send him anything to let him know you were alive. You snuck out to see him and you told him yourself what was going to happen to us,” I accused.
“You know how things work. How did we know we weren’t walking into an ambush? We didn’t know until the bitter end if we could even trust our liaisons. Anything could have happened. I had to let him know for sure. He is not a danger to us.”
“Yes, he is. But not in the way you’re thinking.”
“Well, if he is, it’s not because I’m letting him be.”
“Are you sure you want to marry me? Me. And not just because it’s impossible for you to be with him?”
“Do we not know each other at all anymore? Do you not know me anymore?”
I shrugged, because I honestly didn’t. Every time I thought she was as close to the person she used to be, she did something else I never thought she would. 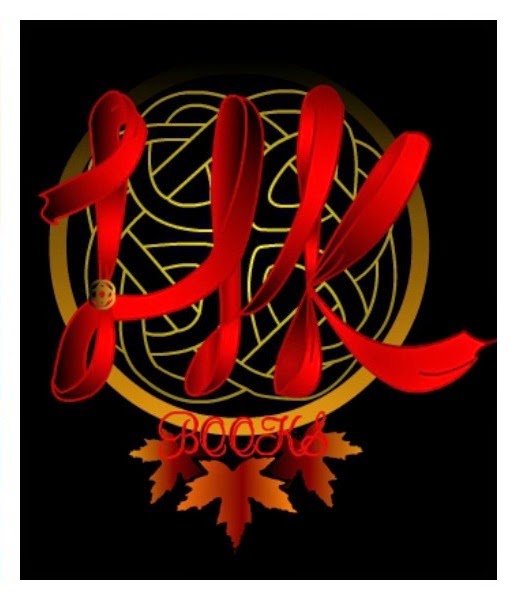 H K Carlton is a multi-published Canadian author of romance and its varied sub-genres, including contemporary, paranormal, historical, family saga and erotica.

I enjoy writing in many different genres. I write where the muse takes me and make no apologies for it. By now, it’s quite safe to say I will never pick just one genre and stick to it. There are just too many possibilities and stories left to tell. Today time-travel, tomorrow sweet historical romance—the next release might be down and dirty erotica or ménage. I hope you’ll join me for the ride.


Variety is creativity’s playground—It’s where you’ll find me.


Thank you so much H K for sharing Afterlife with us today. I for one can't wait for the final chapter in Holly Cambridge's extraordinary life.