It's time for book four of The Always Cambridge Series,and boy let me tell you, it promises to be a whopper.


Law and Order:Crime and Chaos by H K Carlton Book 4 of the Always Cambridge Series. The wheels of justice might turn slowly, but destiny's punishment can be swift and merciless.

The Always Cambridge Series chronicles the life of Holly Cambridge through her tumultuous childhood, violent teen years into adulthood, and the consequences that stem from being the daughter of mob boss, Bill Cambridge.

Law and Order:
Crime and Chaos

In the next highly charged installment of the Always Cambridge Family Saga Series, all the men in Holly’s life come together in one common goal—to keep the woman they love alive. 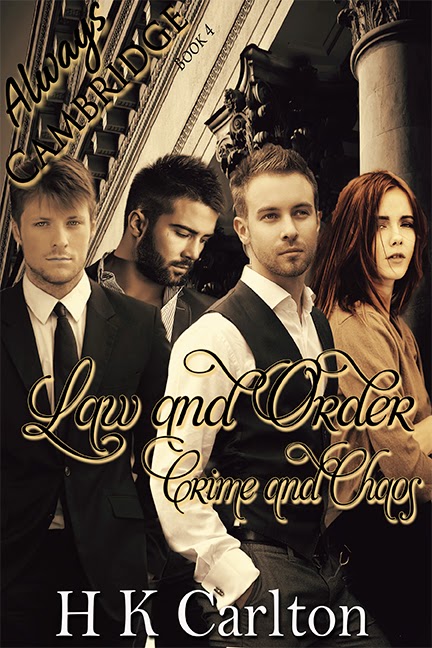 Special Agent Alex Orton of the FBI prepares Holly for the rigorous court proceedings to come, where she will testify not only against her own family, but also against the Mayhue crime family, including Victor’s volatile and sinister older brother, Lorenzo.

However, in the midst of all the personal turmoil, Holly’s first love and former bodyguard, Randy Phillips, emerges from the chaos. He vows to not only stand by her through the trials, but accompany her into Witness Protection and her afterlife, if in fact they make it that far, as both the Mayhue and Cambridge crime families swear retribution.

But in a twist of law and fate, Lorenzo Mayhue is unexpectedly released from prison and lures Holly to the Mayhue Excavating warehouses under the guise of Victor. Five people enter the storehouse, but only three walk out.

H K is giving away an ecopy of Always Cambridge. All you have to do is leave a comment telling us which hotty hero you are voting for and why.
Easy!
The contest will run from July 11th/2014 until July 17th/2014, so hurry up and get your vote heard!!


So, which man are you pulling for? Who's the best man for Holly? 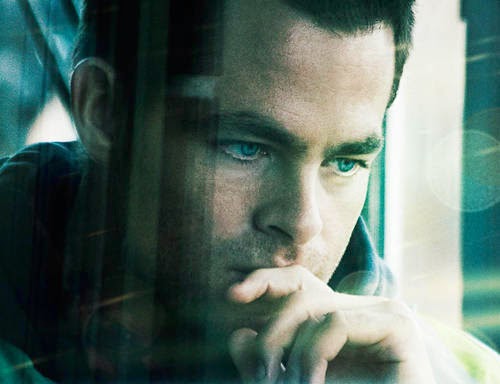 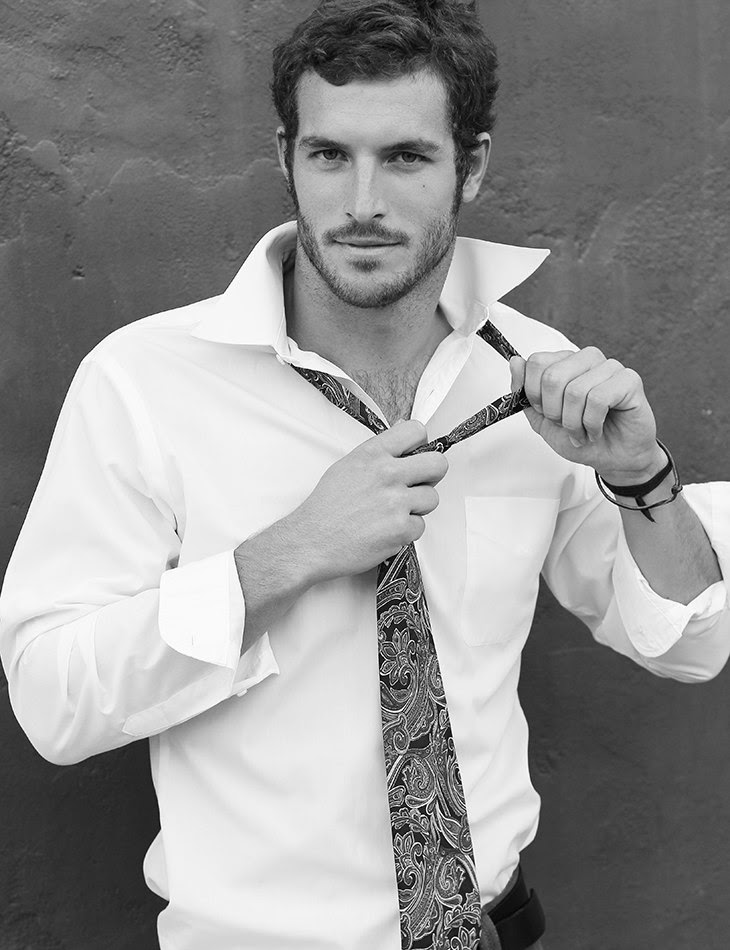 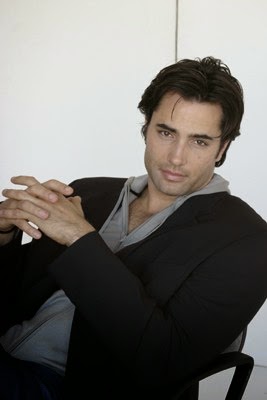 Ohhh fun! I love games like this!!!
I know who I'm voting for, my only hint is...it rhymes with Mandy. lol

**Author note**
This series is a true saga in the sense that each book picks up where the last one left off. Enjoy the books in sequence. The first five installments end with To Be Continued...

***Publisher Note***
This is an on-going saga: each book may not have and HEA/HFN, but the series culminates with an HEA/HFN in the final book.


I scaled the fire escape up to the roof at Lorenzo’s club. I never thought I’d do this again. I stayed in the shadows making my way carefully to Victor’s room. I opened the door quietly. It was dark. I got that cold feeling on the back of my neck. But too late. In my haste and need to see Victor, I’d ignored all my intuition.

The door snapped around, catching my right arm. It hurt but the steel shunts in my brace took the brunt of it.

I was pushed forcefully into the room. What was happening? Was he so angry with me he was finally going to retaliate? This didn’t make sense, though. I knew even if he despised me, he wouldn’t hurt me. This was all wrong.

There was a man seated in a chair in the far corner of the darkened room. I focused in on him as two goons grabbed my arms.

I greeted levelly, not showing the panic and dread I felt.

“Are you disappointed, princess? Got all wet expecting my brother to be here waiting to fuck your brains out? Yeah. You two spent a lot of time here. Didn’t you?” He looked over at the bed and my skin crawled.

“Pull off the great escape, Lorenzo?” I asked as if we were just having conversation.

He grinned. “You’d like that, wouldn’t you? At least then you might think you had a fighting chance to make it out of this alive. Hate to disappoint you again, sweet-cheeks, but no one is looking for me. No APB’s. No SWAT teams coming to save you. I’m out. All legal-like. I made bail. Good for me.” He stood and approached. “Bad for you.”

He gripped my chin tightly. I glared at him. “He always did like the pretty ones.”

I tensed. I’d rather have my brains blown out right now then endure that.

I wasn’t going to go down without a fight. I was armed. But I’d have to plan correctly. There were three of them. Lorenzo must have remembered our last meeting, and he anticipated some kind of action—or he read it in my eyes. He stepped back.

“No. Not here,” he answered his henchman’s question. “I’ve got other plans for her. Get her down to the car. Try not to attract too much attention. She’s slippery. And you,” he addressed, me pointedly. “Behave yourself, or it’ll just be worse for you later. Don’t scream,” he warned.

“Sorry to disappoint you, Lorie, I’m not a screamer.”

He chuckled, and sickly, it reminded me of Victor.
The two goons started to drag me out and down the stairs as he followed. I’d behave. Until we got outside. That would be my chance.

Brenda was behind the bar. She eyed me as they escorted me out. Her mouth opened slowly as if it was just dawning on her who I was. I was blonde and green-eyed now—she knew me as a blue-eyed brunette. And my picture had been plastered all over every newspaper, newscast and over the Internet for months now. She knew what was about to happen to me. She bowed her head and continued drying a glass.

Unfortunately, when we got outside, there were two more wise-guys and a driver waiting. I still had to try. I had nothing to lose. If I stayed with them, I knew I would die.

I stamped on the instep of the guy to my right. He howled and his grip loosened. I yanked my braced arm out of his grasp and I punched the other guy in the face.

Lorenzo grabbed a fist full of my hair from behind and shoved me against the SUV. My breath rushed out painfully. I was trapped between the vehicle and his big body.

He pulled on my hair. “I could end you right here.”

“But you won’t. What would be the fun in that for you? You have other plans for me. Cat and mouse time, Lorie?”

“Smart mouth. You really are a surprise, Holly. Back in the day, I would never have thought you had any life in you at all. Miss Priss that you were. I like this much better. It’s too bad, really. I might have enjoyed you when Vicki grew tired of you. He would have, you know. Eventually. He’s not a one woman kinda guy.”

I don’t know why it hurt me, but it did. It had his desired effect, but I didn’t let him know he’d gotten to me.

He ground his hips against my ass. To my revulsion, he had an erection. I swallowed convulsively and tried not to shudder. “And if we’re going to play cat and mouse, sweetheart,” he said, his hot breath scalding my neck. “You get to be the pussy.”

I felt sick to my stomach.

“Now you be a good girl and get in the car.”

One of the guards opened the door. Lorenzo kept a tight hold on my hair as he twisted my right arm painfully behind my back. He guided me into the SUV and pushed me into a sitting position. He got in beside me and his bulk pushed me farther over. Another man got in the other side. I was trapped between them. Lorenzo pulled my arms out.

“I guess I should have taken the time to pat you down, sweet thing. Might have been fun. I don’t trust you. Take her arm.” He told the wise-guy beside me. The guy promptly snatched my wrist and held it tightly. Lorenzo seized my right hand and slid it into his crotch. “Aww, I get the fucked up hand? Geez, I was hoping to get a good hand job before our little trip was over.” He took my fisted hand and ground his hard-on against my brace and fist. I gritted my teeth trying not to make the sound of disgust that was climbing from my throat.
“What ya got in that thing, cupcake? It’s nice and hard, just like me.”

I didn’t answer. Along with the steel spines that made up the brace, I had a weapon. But there were too many of them and only one of me. I’d only be able to wound one and by then the rest of them would be on me. I was well and truly fucked!

Okay gang, here are all the links for the Always Cambridge series.


Thanks for sharing the fourth book in the Always Cambridge series H K. I can't wait to see which hero comes out on top...literally and figuratively! tee hee