Let's start the first week of summer off right.

Let's pretend that your favourite actor...you know the one I'm talking about, you've seen all his movies because he's "really talented". He also has this funny way of invading your dreams for no apparent reason and you wake the next morning with a content smile on your face.

Yeah. You know who I'm talking about.

Now picture yourself standing in your kitchen having that first coffee of the day and he bursts through your patio door.

What would you do? Stare at him in shock. Scream. Ask him what he takes in his coffee!

1) A Sense of Humor: Men who are able to laugh at themselves, situations, and life in general are far more attractive to me than those who take themselves way too seriously.  More importantly, a guy who can make a woman laugh is incredibly hot. Life is already way too serious.

2) Kindness Toward Others: A man who offers kindness to others, necessary or unnecessary, is beyond appealing. A sense of empathy and caring toward others suggests such a depth to a man. That is just hot.

3) Responsibility: Not that a guy needs to take on the problems of the world or even everyone in his life, but when he expresses and keeps to his own code of responsibility, he becomes irresistible. A man who holds himself to a standard is all man in my book.

4) Respect: A lot of guys are pretty hot on the surface, there’s about a billion different looks that can turn a woman on, but a guy who respects women--wants to hear their thoughts and opinion, values their input, and tries to treat them with regard--is hot no matter what he looks like.

5) A Sense of Adventure: This one may be more personal, but I love a guy who is ready to explore and try something new. If has a thirst for finding new places and information and experiences...I dig him.

6) And now for something more physical...a thick neck: I’m not talking body-builder big. No, I’m talking about a strong neck that clearly says “Hey Girl...I could probably throw you up into my arms at any moment and not even lose a breath.” Bonus points if there’s some subtle vein action.

7) A Deep Voice: Putty. A deep voice makes me putty in the hands of the man who it belongs to. I have no idea why...it’s just the sexiest thing ever.

8) Long Fingers: I can’t decide if it’s the whole “I easily play an instrument” thing or if it’s the inspiration they give me for what they could POSSIBLY do, but long fingers on a guy always hits me right in the gut. I can’t help but stare, glassy-eyed and only vaguely conscious.

9) A Smile: There’s something about the composition of a smile that can change a man from just good-looking to heart-stopping hottie.

10) Love: A man in love, looking at the person he loves, is beyond beautiful (a manly beautiful you understand). It’s kind of the look of forever and I think it’s probably the one characteristic every woman hopes to see in the person she loves.


All In
by Autumn Stark 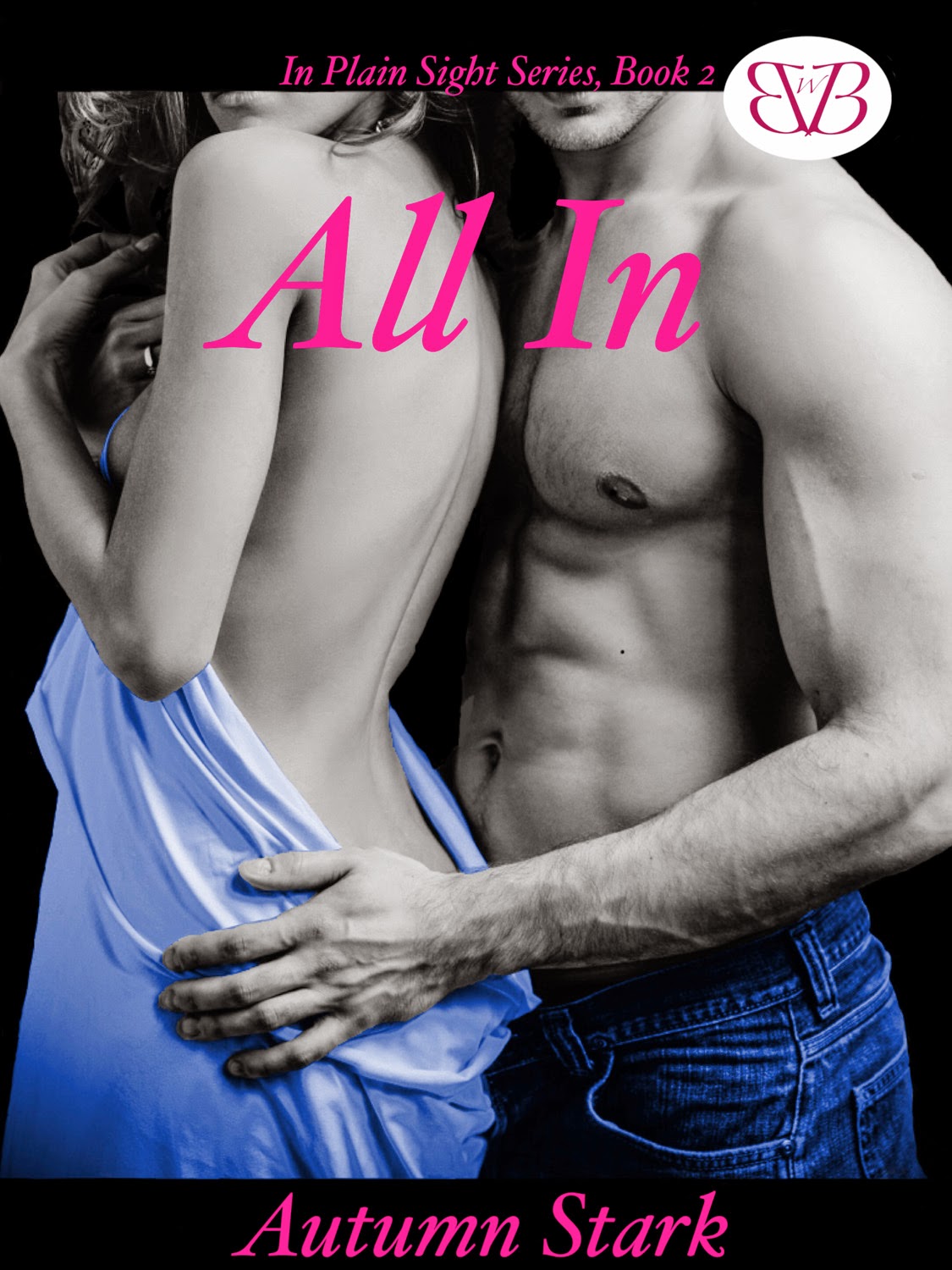 Jay Markham, a wildly popular actor and a chronic womanizer, has become bored with his life. Jay decides to take a break and goes to visit his life-long best friend and famous romance novelist, Anthony Tate. But just because Jay decides to take a break doesn’t mean his fans will let him. The fans and the paparazzi follow him to the small Washington town and, in an effort to escape a particularly dogged fan, Jay ducks into the first open door he can find.

Parker Hardisson is a fairly normal, if self-contained, woman in her, ahem, early thirties. Relatively happy with her life as a freelance translator, she gets to work out of her own home and enjoy her life as quiet and drama-free as possible. So what if she’s a teensy bit lonely? So what if there’s some part of her that wants to explore the world? Things are working out just fine. So, when a mega-movie star comes slamming into her house, she wonders if she’s finally cracked.

Parker seizes the opportunity to make the deal of a lifetime. No strings, no questions. The problem is, Jay is playing this game by his own rules.

It was possibly nine in the morning the next day before Abby barged into Parker’s house. To be fair, Abby had used her key which Jay must have given back to her, but it was as close to barging as one might get, all things considered. Parker was barely awake.

“Where else would I be?” Parker tried to sound pleasant, but at best she knew she sounded grouchy as she called out to Abby.

“I don’t know, having wild sex with Jay in Los Angeles?” Abby walked into the kitchen as Parker was focusing on pouring coffee grinds into her espresso machine. Parker graced her with a snort as an answer. “Well, you could be.”

“I don’t know what that overgrown pretty boy told you, but I am not going to Los Angeles.”

“I’ll wait till you’ve had your coffee.” Abby grabbed her own cup and patiently sat on one of the bar stools under her kitchen island. Parker tried not to remember exactly what had been done on that particular counter while also trying to remember if she’d sanitized the thing since the sex marathon had started.

“Or more able to kill without getting caught.”

“I’ll take the chance.” Abby grinned at her and Parker sighed. 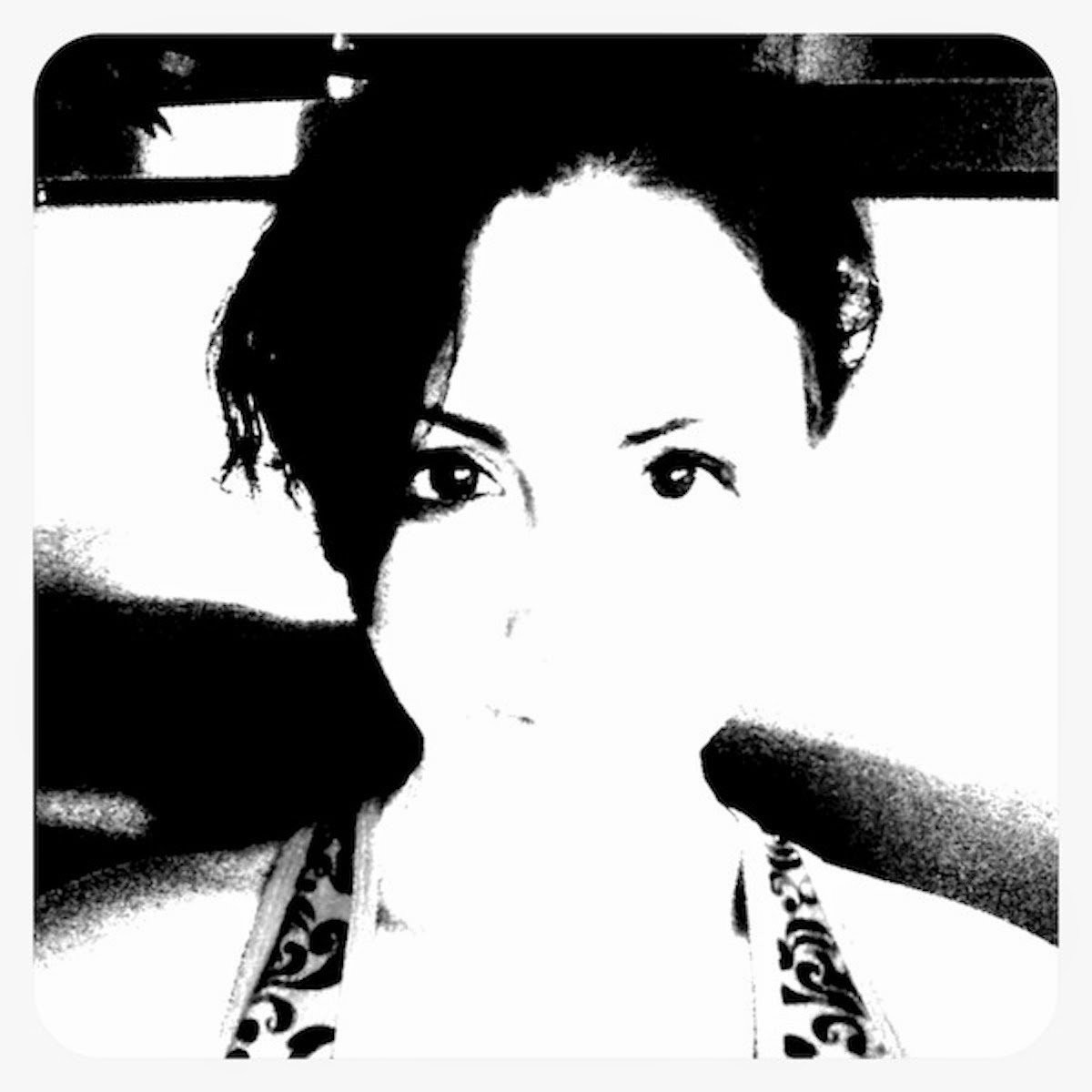 Autumn Stark writes Romance with a sense of humor and a whole lotta steamy fun. Doesn’t mean there aren’t a few whips every now and then, but she’s a sucker for a happy ending. Autumn has been writing in one capacity or another her entire life, but Break Me is her debut novel.

Autumn Stark is the pen name for author and publisher, April Oglesbee. (http://apriloglesbee.com/)

All In is the second book in the All In series. Book 1 is already available on Amazon, B&N, and iBooks. Book 3 will be released in June 2014.

Where can you Find Autumn??? 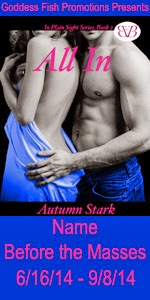 The more you comment the better your chances at winning. The tour date can be found here...

Thanks for stopping by today Autumn and the best of luck with All In .