If you enjoy reading Romantic Suspense, then today is your lucky day. 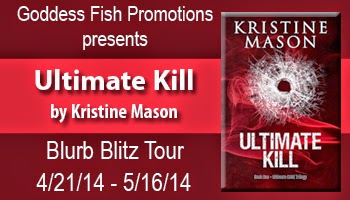 ****GIVEAWAY ALERT****
Kristine will be awarding a $5 Amazon gift card to five randomly drawn commenters during the tour.
********

When the past collides with the present, the only way to ensure the future lies in the ultimate kill… 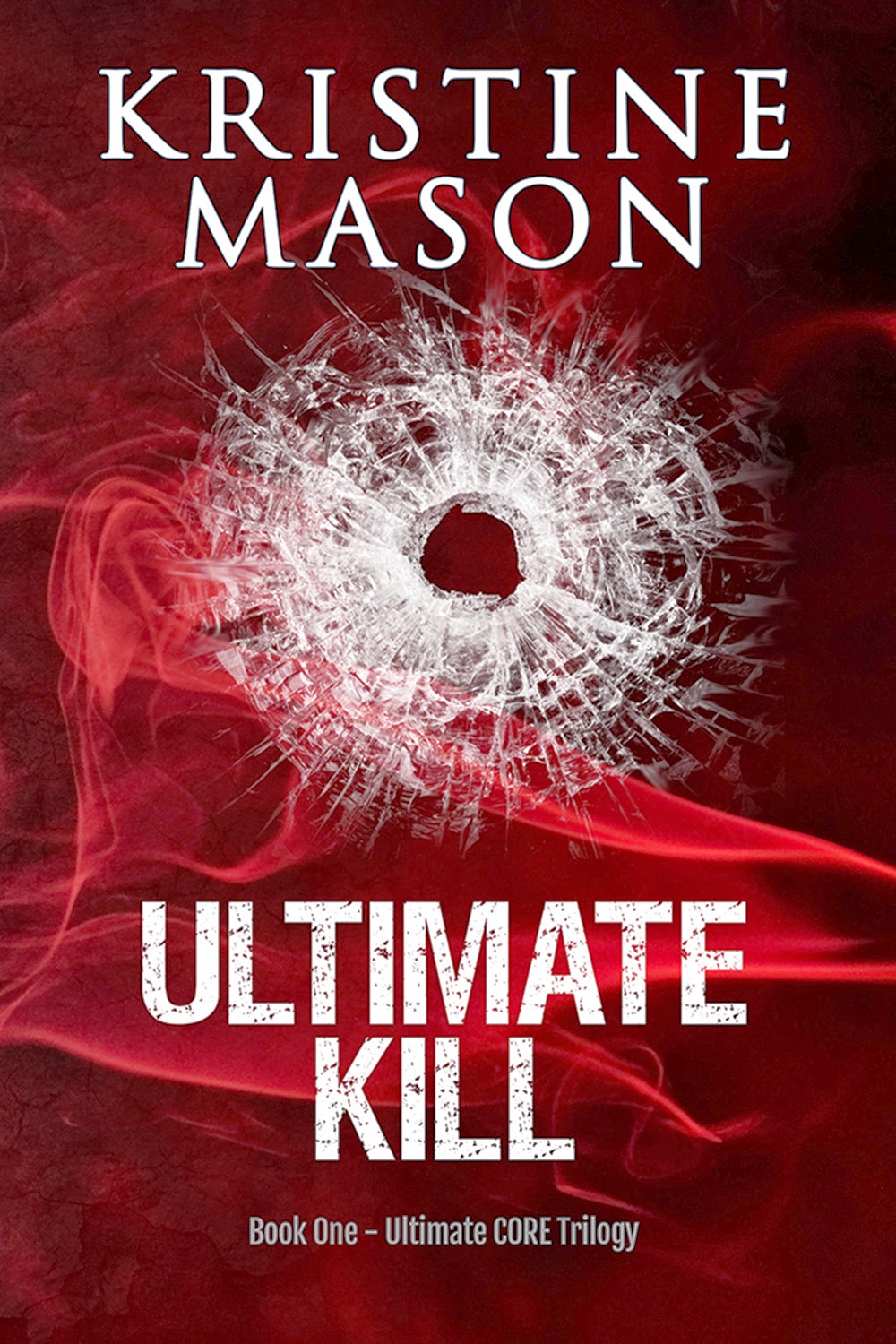 Naomi McCall is a woman of many secrets. Her family has been murdered and she’s been forced into hiding. No one knows her past or her real name, not even the man she loves.

Jake Tyler, former Marine and the newest recruit to the private criminal investigation agency, CORE, has been in love with a woman who never existed. When he learns about the lies Naomi has weaved, he’s ready to leave her—until an obsessed madman begins sending her explosive messages every hour on the hour.

Innocent people are dying. With their deaths, Naomi’s secrets are revealed and the truth is thrust into the open. All but one. Naomi’s not sure if Jake can handle a truth that will change their lives. But she is certain of one thing—the only way to stop the killer before he takes more lives is to make herself his next victim.

The past five years suddenly disintegrated. As if she’d just woken from a disjointed nightmare, the months of running, of searching for the perfect place to hide in plain sight, the lonely days and even lonelier nights faded into a blur.

Tears welled in her eyes. For the lost years, the lost love, for the future they could never have. She quickly blinked them away and opened the car door. Her legs weak, her stomach somersaulting with embarrassment, excitement and regret, she placed a shaky hand on the door for support. A small part of her wanted to climb back into the car, drive off and pretend Jake had never come to Woodbine. But a large part of her, the part that had never stopped loving him, that had never allowed the memories of what they’d had together die, wanted to run to him. Throw her arms around his neck and kiss him.

“Jake,” she whispered, then cleared her throat. He looked so damned good. Tan, lean, muscular, his big toned arms showing from beneath his short sleeve golf shirt, his dark hair no longer in his trademark military crew cut.

He pushed off the SUV and slowly approached, his gaze never wavering from hers. Lightheaded, she stayed put, kept her hand on the door for fear she might crumble to the asphalt. She’d dreamed of seeing him again, had imagined what she might say, the excuses she could give him. But anything she’d ever come up with had sounded terrible, selfish and ridiculous. Even if what she’d tell him was the truth.

Now that he was less than five feet away from her, she had no idea what to say or do. A million questions buzzed through her mind. Was he married? Did he have children? Fresh tears filled her eyes. God, she really was a selfish bitch. She wanted him happy, had always prayed he’d find someone to love, but deep down she’d hated the thought of him loving someone else. Making love to another woman. Creating a child. A future that hadn’t included her.

“You look beautiful,” he said, his voice rough, raw. He blinked, looked to the ground and took a couple of more steps until he stood within arm’s reach. When he met her gaze, she expected anger and resentment, instead she found anguish, longing and heat in his dark eyes.

She pressed her lips together to stop her chin from trembling and swiped at an errant tear. She’d hurt him. Because she’d loved him so much, she had no choice but to run from him.

Until the bastard who’d murdered her family and forced her into this self-imposed exile was rotting in Hell, she’d keep running. Otherwise, Jake would end up like everyone else she’d loved. 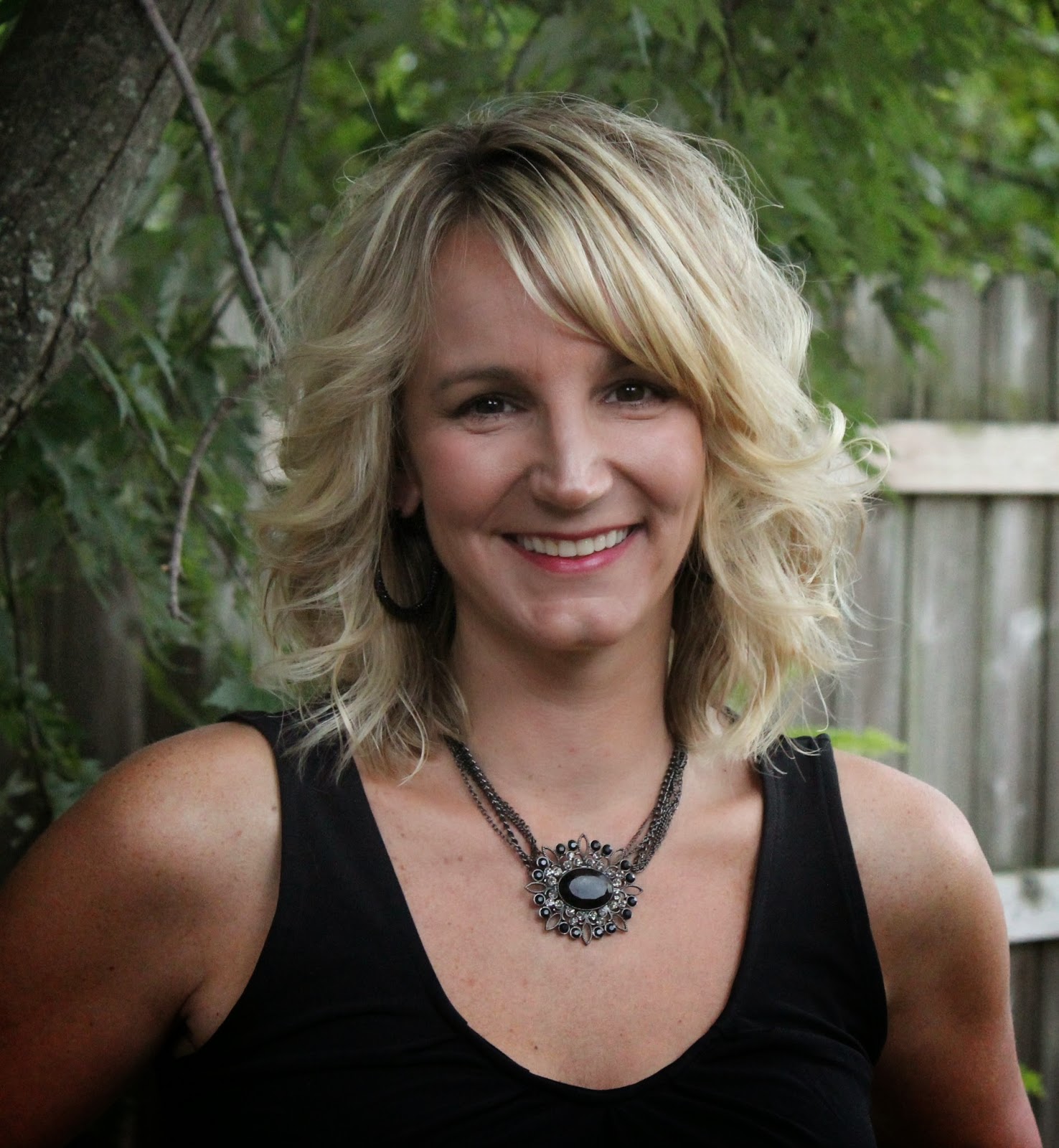 I didn’t pick up my first romance novel until I was in my late twenties. Immediately hooked, I read a bazillion books before deciding to write one of my own. After the birth of my first son I needed something to keep my mind from turning to mush, and Sesame Street wasn’t cutting it. While that first book will never see the light of day, something good came from writing it. I realized my passion and found a career I love.

When I’m not writing contemporary romances and dark, romantic suspense novels (or reading them!) I’m chasing after my four kids and two neurotic dogs.

Where can you find Kristine? 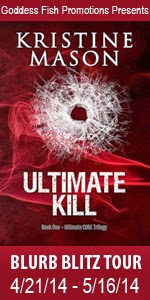 Thanks for stopping by today Kristine and the best of luck with Ultimate Kill.