I'm so pleased to welcome back Author Emma Calin and the latest book in  her Passion Patrol series, KNOCKOUT! 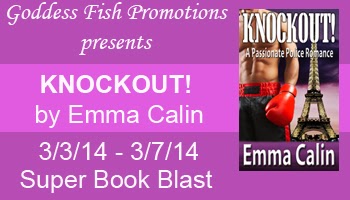 
Can she fake it? Can she nail the gangsters before her cover is blown? What happens when his charm kicks in, passion takes control and she falls for this charismatic suspect?


The No 1 Kindle Bestseller from Emma Calin

**** GIVEAWAY ALERT ****
Emma will be awarding an autographed copy of Shannon's Law to one randomly drawn commenter during the tour.
******** 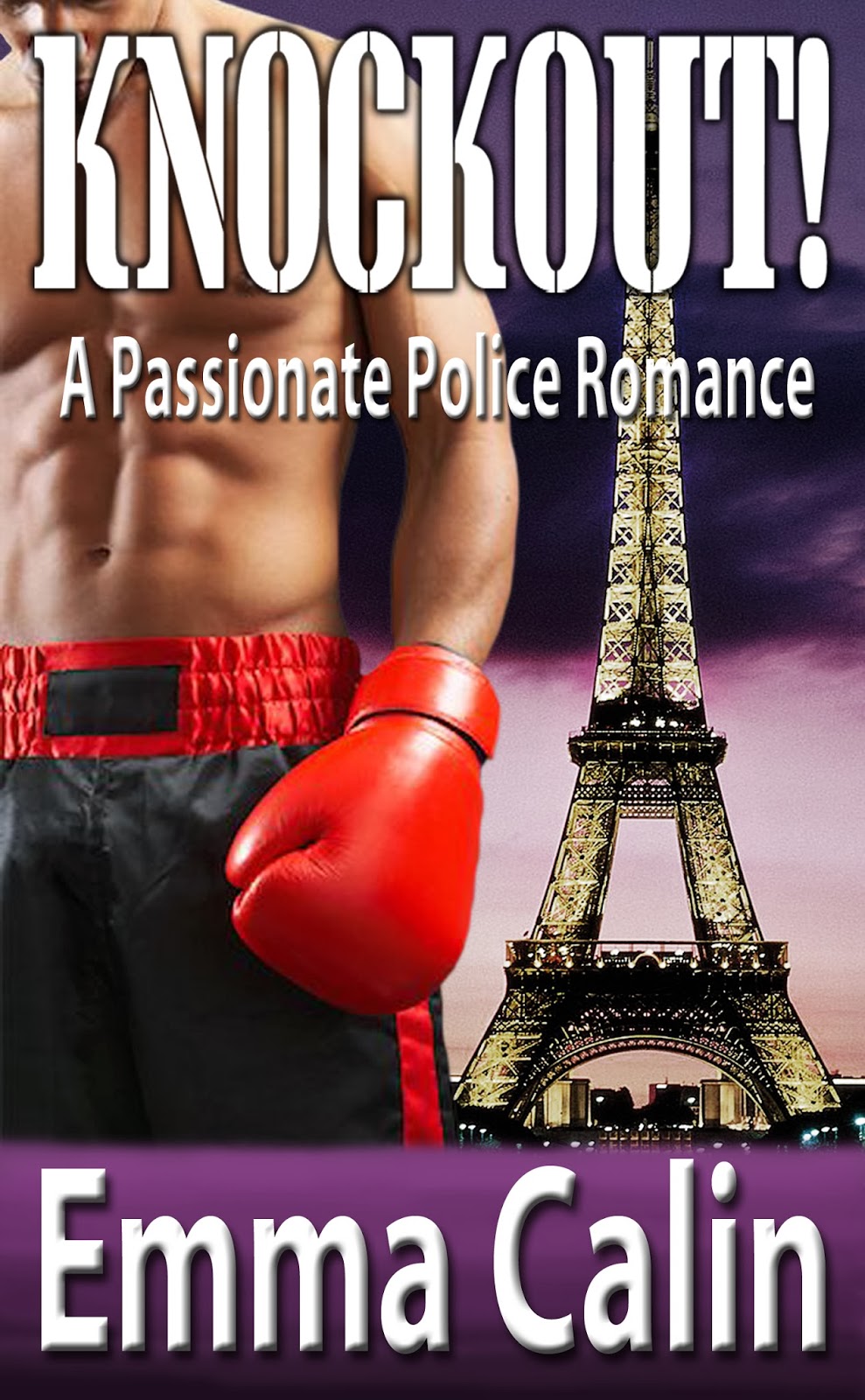 Interpol cop, Anna Leyton, spirals down into a hopeless vortex of sexual and emotional turmoil as she fights to keep her professional cool. But who is deceiving who in this fast moving ride across continents? What motivates the art loving prize-bull of a lover Freddie La Salle?


The power of love and trust stands against greed and crime as conflicting forces grapple for that KNOCKOUT punch.


***Authors note*** This book is quite 'strongly flavoured' and features uninhibited, but straightforward steamy sexual scenes between consenting adults and true-to-life street language that would occur in high-stress situations.

She felt the sheer size and strength of him. Her composure wobbled on a knife-edge. However she dressed it up, she wanted him, not that he was gonna get that information. He had made no hard play for her. The most dangerous thing in a crook is patience - she knew that. It was screaming at her.


The doorman stepped out to hail a cab. Anna looked up and allowed herself to hold his eyes for a little longer than was quite polite and edged towards brazen, She felt a sweet tickle of excitement. A taxi pulled in.


“Well - thanks for the drink - and the entertainment.”


Without speaking he moved to face her and then lowered his chin to kiss one cheek and then the other. The brush of his lips jolted her, sending a current sparking and screaming down through her body, lighting up everything it touched.


“Forgive me...” he began, obviously aware of her response, “these things are normal in France.”


Bloody hell - did he think she didn’t know that? She watched his lips as he spoke, longing that he would bring them back to her cheeks, to her lips, to anywhere! God it had been so long...


“I’ll call tomorrow - it has been lovely to meet you Anna.”


“I’ll look forward to it Freddie,” she replied, hearing her own voice as if it belonged to someone else.


He turned back into the hotel and was gone. She leaned back in the taxi and let out a deep lungful of air. Dear Lord - had she gone nuts? How it had felt though - to be aware of a forgotten joy inside her.

KNOCKOUT is on for a GREAT Price over at Amazon. uk.       .99 cents...errr I guess that would pence.
Still that's pretty fantastic!!
So quick...head on over there and get your copy now!!!! 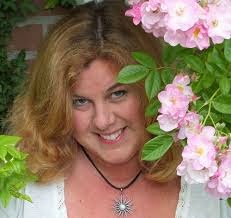 Novelist, philosopher, blogger, poet, would be master chef. A woman pedaling between Peckham & Pigalle, in search of passion & enduring romance.

Emma Calin writes romance novels and gritty short stories about love and survival in the 21st century. She has published a number digital and paperback books which are available from Amazon worldwide.
She blogs about her dual life in St-Savinien sur Charente in South West France and Romsey, a market town in England. She feels extremely lucky to be able to experience the world and life through these two, very different, lenses. She spends any time she can, when not writng, on her tandem exploring the countryside.


Emma also records and produces audio books and plays the trombone (although not at the same time).

Where can you find Emma?

The Love in a Hopeless Place Collection


An anthology of stories from the engine room of the human condition. Five stand-alone titles published over the last two years, from No. 1 bestselling short story writer, Emma Calin, combined in this great value 'boxed-set'. Available in print and e-book formats.


Two powerless beings are swept together in a transient struggle for survival. Could the human spirit transcend the brutality and indifference of their brief experience before they are once again swept helplessly apart? E-book only.


A woman on the run from domestic violence with no one but her vulnerable autistic teenage child as a companion, lives in isolation and fear. While her hand to mouth scenarios are played out in the shadow of a threatening suspense, a story of crime and love unfolds around her. E-book only.


A woman, a man, a van and a plan. What do painting and decorating, Thai brides, self-help manuals and pay-day loans have in common? J.A. knows the answer. Follow his his quest for love and happiness in The Chosen. E-book only.


A mystery tale of a late night taxi ride where the final passenger may not be all that she seems. E-book only.

Love in a Hopeless Place


A mature woman stumbles into a discovery of herself that she had never suspected. E-book only. 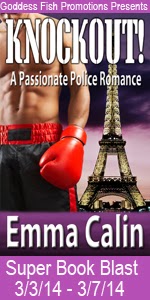 The more you comment, the better your chances of winning. The tour dates can be found at:  Goddessfish Promotions

a Rafflecopter giveaway
Thank you once again for stopping by Emma and good luck with KNOCKOUT!