Beauty and the BEAST Book Blast and GIVEAWAY!! 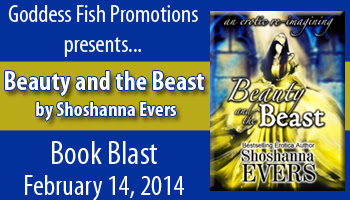 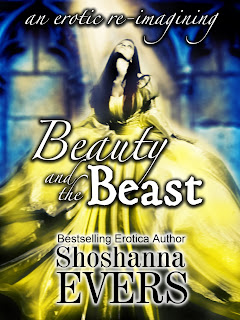 With her father’s freedom at stake, Belle agrees to be the fearsome Beast’s prisoner in his enchanted castle. Held as his willing captive, Belle must submit to the Beast’s most primal desires to survive.


The Beast can’t let his little Beauty go free, not while there’s still hope that she might be the one to end his decade-long curse…and with true love’s kiss, return him to the Prince he once was.


Their story is one that begins with imprisonment—he in his monstrous body, she in a dungeon—but without this predicament, Beauty would never have met the Beast.


So we shall begin with what occurred on that fateful night when everything changed: when a lover was betrayed, a man deformed, and a castle shrouded in an enchantment…

The moon shone brightly through the cell window. Nighttime. The wolves would be out.
While the Beast was safe from wolves, little Belle would be in danger. He had to go find her, and worry about whether he’d keep her or not until after she was safe from harm.

She still had her weapon with her…a saw of some sort. When he rescued her, she might cut his head off with the damn thing.

The idea didn’t bother him as much as he thought it would. If he couldn’t have her, he might as well give up hope of ever changing, and die a Beast.
***
Belle ran through the cavernous front hall. “Open the door,” she cried to the fairies. “Please, open the door!”

The door flew open and Belle tumbled out into the dark night. She ran blindly, her only goal to get as far away from the castle as possible.

Nothing happened. The fairies were fickle, it seemed. So she ran on.

She’d cut the Beast badly. Was he okay? Her conscience tugged at her, but she tamped it down. She’d had a chance to escape, with him so close and her hand gripping the handle of the saw—so she’d taken it. When he bared his fangs at her, she knew he’d eat her alive, no matter what protestations he made on the matter. Even if he’d done incredible things to her body with those big hands of his.

Hideous howling and growling surrounded her in the dark forest. She gasped, freezing on the spot, afraid to move lest she betray her location to the Beast.

The growling came closer. Not the Beast—no—wolves!

Belle screamed and swung her saw around her in a circle, trying to make herself as big and threatening as she could. But the wolves knew they outnumbered her. Her frantic posturing did nothing to keep them at bay.

Belle turned to the sound behind her. The Beast!

She scrambled to obey, fearing for her life.

One wolf jumped at the Beast, and he gnashed his teeth, sending it tumbling to the ground. The Beast bared his bloody fangs to the pack, his own growls overtaking those of the wolves.

Finally (thank the Lord!) the wolves scampered off into the woods.

Belle gripped the saw in her hands. The Beast swiveled and knocked it from her grasp to the forest floor. She cried out in surprise.

He picked her up, throwing her over his broad shoulder. She screamed again, frightened to be so high up off the ground, and he was moving so fast, sprinting back to the castle.

“Beast, I’m sorry I hurt you,” she wailed, certain he was carrying her to her death. But he said nothing in reply.

When they got back to the castle, the Beast set her down in front of him on the stone.

“Are you all right?” Beast asked, his expression filled with concern.

Not what she’d been expecting. “Um…I’m quite all right I think, thank you. I mean…thank you, for saving me.”

“For the last time, Belle, I will not eat you!”

“You deserve to be spanked for pulling a stunt like that,” he growled.

She hadn’t received a threat like that since she was a child.

“It’s not my fault,” she said. “You confused me. First you made me feel so…amazing—that thing you did to me—but then you scared me half to death and I —I just want to go home. I can’t stay your prisoner forever. I’d rather die.”

She looked up, expecting to see anger, but instead, he looked sad.

“You’d rather die than live with me?” he asked softly.

Was this a test? If she answered yes, would he eat her?

“I can’t stand the thought of being here forever, and never seeing my Papa again. That’s all,” she whispered. 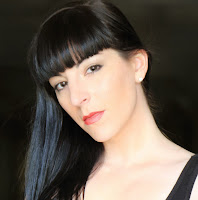 Reviewers have called Shoshanna’s writing “fast paced, intense, and sexual…every naughty fantasy come to life for the reader” with stories where “the plot is fresh and the pacing excellent, the emotions…real and poignant.”
Shoshanna used to work as a syndicated advice columnist and a registered nurse, but now she’s a full-time smut writer and a home-schooling mom. She lives with her family and two big dogs in Northern Idaho.
Sexily *Evers* After... ShoshannaEvers.com

Shoshanna Evers wants you to stay in touch! 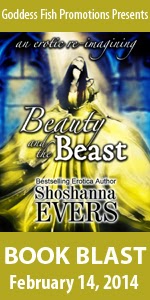