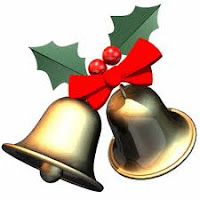 Yup...that title says, Merry SeXmas!
So don't worry, that touch of spiced rum in your Eggnog isn't affecting your vision. Of course, if you've had more than one...well then who in the hell knows what you're seeing.


I received a Christmas card from my publisher Total-E-Bound this week.  This is my second Christmas cards I have received from them and I have to say it is something I was really looking forward too.  Not because it signifies the beginning for the holiday season but because it reminds me of the chance I took in trusting such a fantastic group of people with something very dear to me.


In keeping with holiday, tradition I was expecting your typical snowy scene with the addition of reindeer pulling Santa in his sled though, or a Snowman glowing bright thanks to the moon and stars, or maybe a Christmas tree surrounded by skillfully wrapped presents.  This year however, I was pleasantly surprised when I opened the envelope and found this…gorgeous…Santa hat wearing…stud muffin! 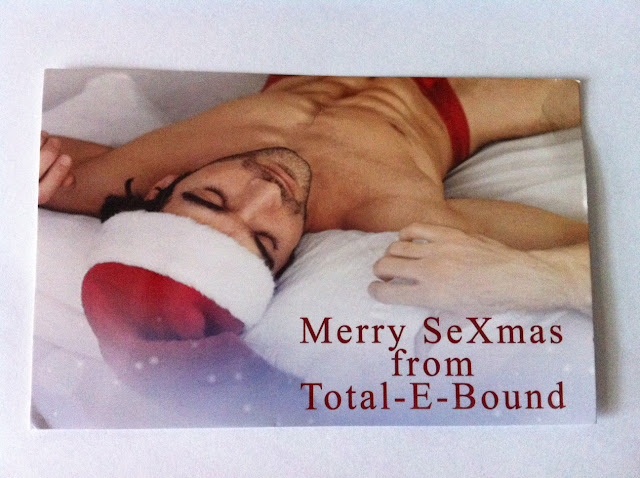 Now I have to be honest, I was stunned at first.  My jaw actually dropped open when I saw this sexy creature stretched out on crisp white sheets, looking blissfully satisfied. Normally at this point, I would have opened the card read the inside and place it on the table with the others.  Not this time, I just stood there…drooling and wondered how in the hell would I explain this to my kids if they saw this sitting next to Frosty and Santa. I briefly thought about what my husband would think but focused back on the hottie a second later.


I wavered back and forth about displaying it, then finally decided to place it at the back of the other cards and propped it up against the wall for support.  It’s been there for 3 days and no one has said anything about it.  I shouldn’t really be surprised, most kids couldn’t care less about Christmas cards unless there is was money or a Gift Card inside, as for most husbands, well…they’re pretty much the same as the kids.


I can tell you this though…I will be keeping this Christmas cards for many years to come!
Thanks TEB!